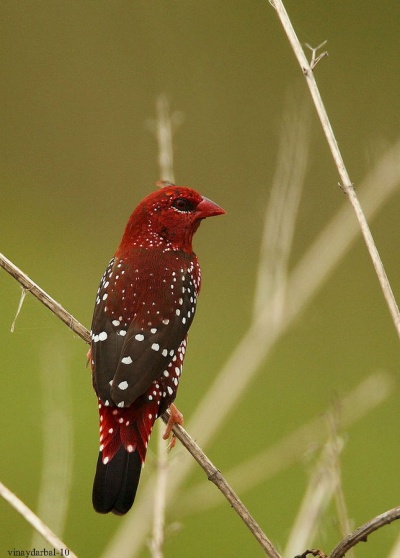 9·5 cm (3¾ in)
The Red Avadavat is the size of a sparrow. The males in their breeding season have colourful plumage. 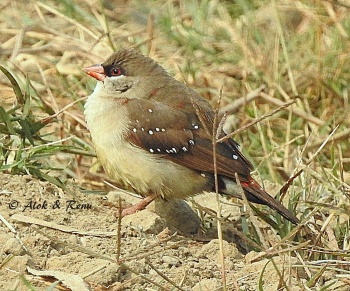 They breed in the monsoon season. 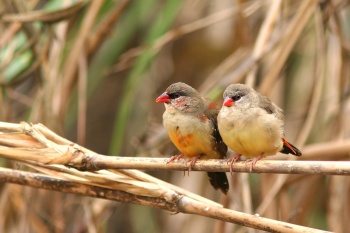 Recording © by Alok Tewari
Male giving lovely song close to a railway track; sound of a passing locomotive and train is heard in the BG.

Search for photos of Red Avadavat in the gallery

Search for videos of Red Avadavat on BirdForum TV