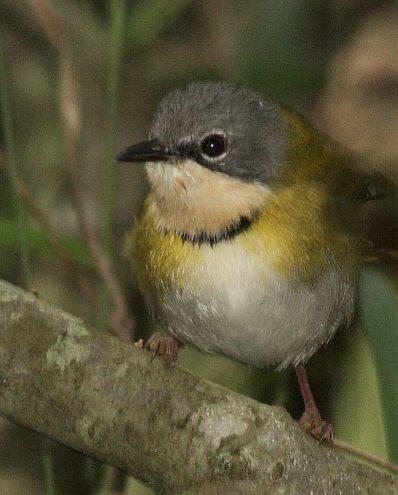 Adult: The head is dark grey with a short pale eyebrow and a small black facemask. The back is olive and the under parts are mostly white with a black collar and yellow on the flanks and sides of the breast. The eye is dark brown.

Similar to the Bar-throated Apalis, but this species is lighter in color, has no eyebrow, and has a pale instead of brown eye.

Breeding: Monogamous and territorial. The nest is an oval ball with an entrance near the top built by the female using grass and stems and camouflaged using moss, silk or lichen. One to three eggs are laid September to November. Nestlings are fed by both adults.

Search for photos of Rudd's Apalis in the gallery