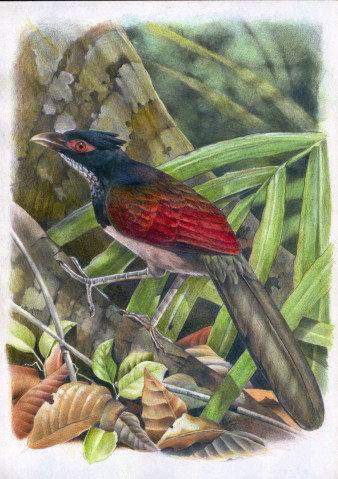 Females similar but with brown eyes. No information on juvenile plumage. 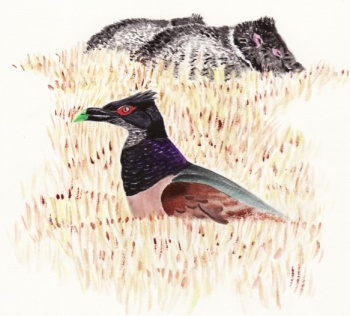 Found in southern Venezuela, Guyana and in northern Brazil (Roraima, near upper R Branco).
A rare and poorly known species.

A solitary and shy species. Wary and restless. Runs fast on the ground, sometimes seen perched in middle branches of trees. Often seen close to peccaries.

Not recorded. Probably large insects, small vertebrates and seeds and fruit like other Ground Cuckoos from South America.

No information on nest. The eggs are yellowish white.

Search for photos of Rufous-winged Ground Cuckoo in the gallery