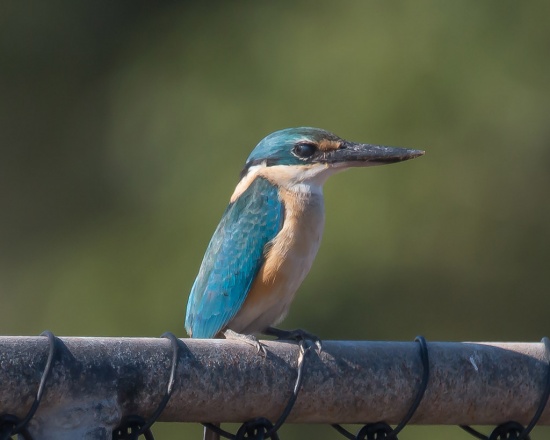 Sexes are similar, although the female is generally lighter with duller upper parts. 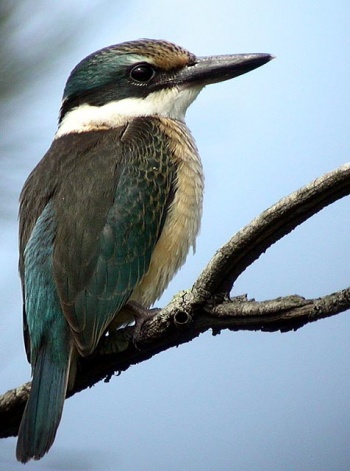 The subspecies vitiensis, eximius and regina of Collared Kingfisher are sometimes placed in this species.

The diet mostly consists of crustaceans, reptiles, insects and their larvae and, occasionally, fish. Hunts from, and returns to, the same low, exposed perch.

The nest hole is excavated by both sexes, normally in a termite mound, but could be a hollow branch or into the river bank. The unlined nest chamber can be as much as 20m above ground. Three to six eggs are laid and cared for by oth adults. The chicks hatch after about 18 days and leave the nest after a further 26 days.

Search for videos of Sacred Kingfisher on BirdForum TV