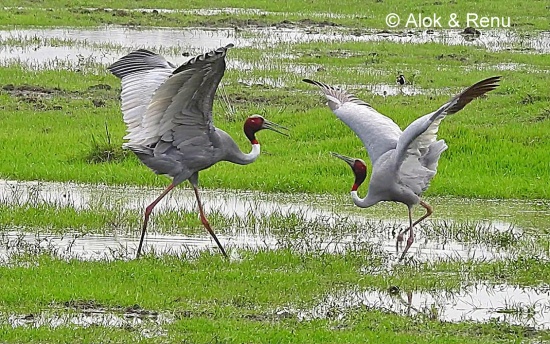 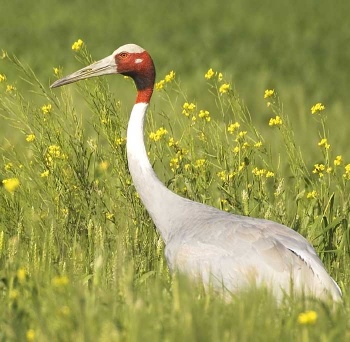 Subspecies A. a. antigone
Photo © by radz
Bharatpur, India, February 2005

Sexes are similar
Young birds are duller and browner.

Also placed in the genus Grus. 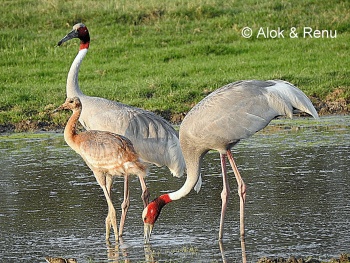 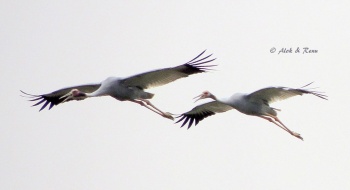 They nest on the ground; the clutch consists of 2-3 eggs which is incubated by both adults. They tend to mate for life.

Search for videos of Sarus Crane on BirdForum TV