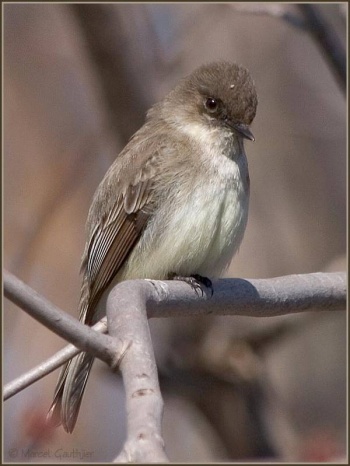 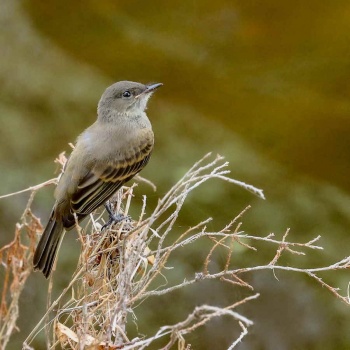 Compare the similar Eastern Wood Pewee, which has stronger wing-bars and does not bob its tail habitually.

A partial migrant that begins to leave breeding areas in September and returning March-May. Breeds in central and eastern Canada and throughout the eastern USA.

Winters in the south-east USA to Mexico.

In the Western Palearctic recorded only in Britain, on Lundy Island off Devon in April 1987 and probably the same bird was seen at Slapton, Devon shortly before, although this report is not currently accepted.

Usually found in woodland and scrub near flowing water.

Their diet consists mostly of insects, supplemented by fruit from autumn to spring.

Voice: a quick rough phoebe.
Do not confuse with the much sweeter phoebe song of the Black-capped Chickadee.

Search for photos of Eastern Phoebe in the gallery