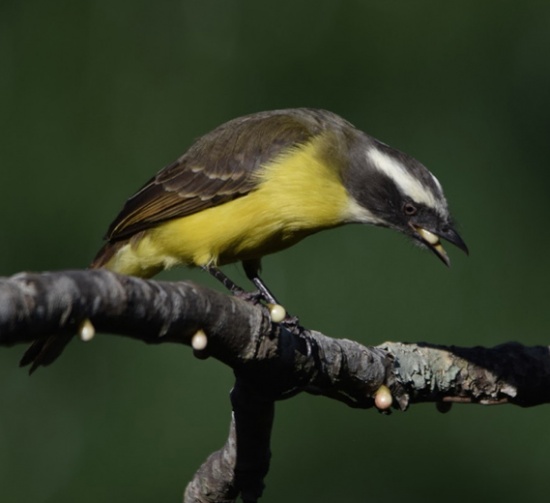 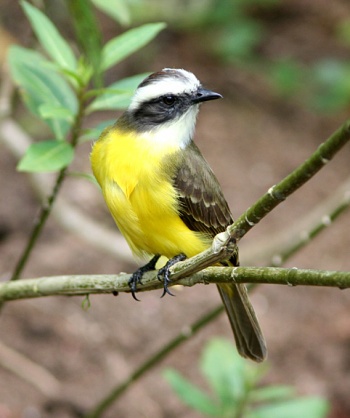 The mostly concealed crown patch is vermilion in Central America but orange-red in NW South America and even more orange in the south-east end of the range.

Similar to the Rusty-margined Flycatcher, but adult Social Flycatcher lacks rufous in the wings, has olive (less brown) back, duller mask, and reddish-orange (not yellow-orange) crown patch. In Panama, Social F has hints of wing bars (vs. not) and paler belly than Rusty-margined F. In some areas, the best way to separate the two species is by listening for different voice. Beware of juvenile Social Flycatcher that has rufous in the primaries, but also has pale edgings to coverts.
Other superficially similar flycatchers have longer bill, yellow throat, white eye-brow meeting on nape or greyer head.

Central and South America
North-western Mexico to North-western Peru, North-eastern Argentina and Southern Brazil. Locally up to an altitude of 1500 m (4900 ft). Generally common.
Accidental vagrant to the United States with 1 record at Bentsen-Rio Grande Valley State Park in Texas. 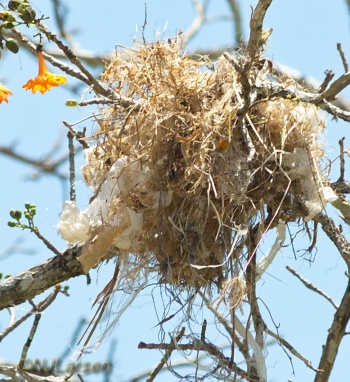 Hawks insects in the air or darts out to snatch them from shrubs, bushes and vegetaion. Also eats seeds, berries and small fruit; will also catch tadpoles in shallow water.

Calls: sharp, harsh teeer or peeeeur, or a sad pe-ah or chee; also a repeated scolding wheer, a chipping wit, and a series of chu notes. Some variation in voice depending on subspecies.

Nest is a rather large structure with side entrance.

Search for photos of Social Flycatcher in the gallery