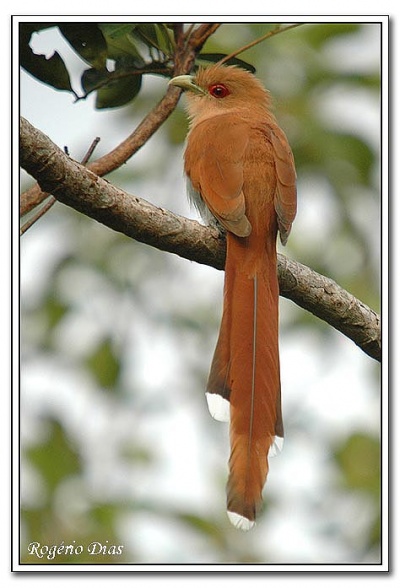 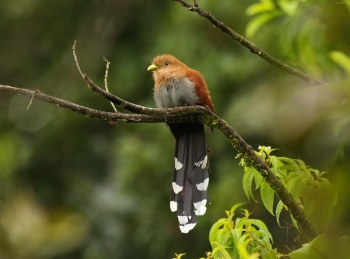 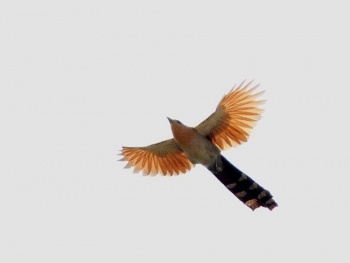 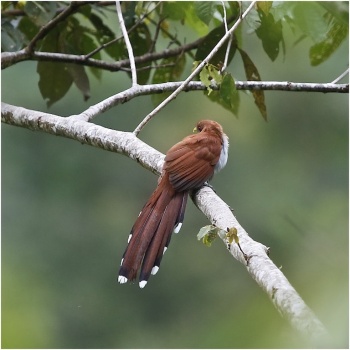 It gets its English name from its squirrel-like way of running along tree branches and leaping from branch to branch without using its wings.

The diet consists of insects, cicadas, wasps and caterpillars (including poisonous ones), spiders and small lizards. 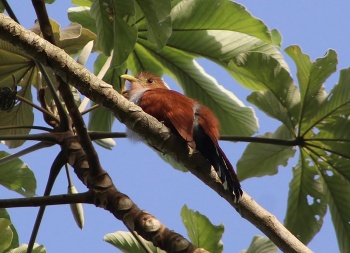 They are not brood parasites.

They build a cup-shaped nest of leaves. The clutch consists of 2 to 3 white eggs which are incubated by both parents.

Search for photos of Squirrel Cuckoo in the gallery

Search for videos of Squirrel Cuckoo on BirdForum TV