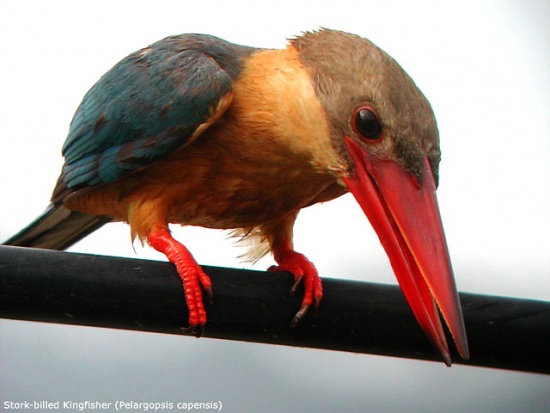 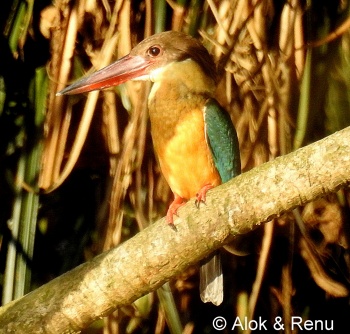 Tropical south Asia from India and Sri Lanka, through SE Asia to Indonesia. 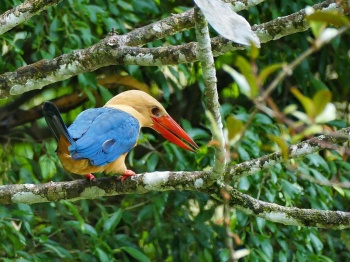 There are 15 races, differing in plumage, for instance, P.c. gigantea found in the Sulu Islands, has a white head, neck and underparts[1]:

Very territorial and will chase off large predators, such as eagles. 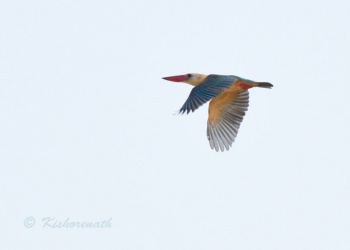 They will perch quietly while hunting fish, crabs, frogs, rodents and young birds.

Flight is direct, but rather labored and flapping.

They dig a hole for its nest in a river bank, rotten tree or tree termite nest, where the female lays 2-5 round, white eggs.

This is a noisy kingfisher, giving a low and carrying peer-por-por about every 5 seconds, and also a cackling ke-ke-ke-ke-ke-ke.

Search for photos of Stork-billed Kingfisher in the BirdForum Gallery