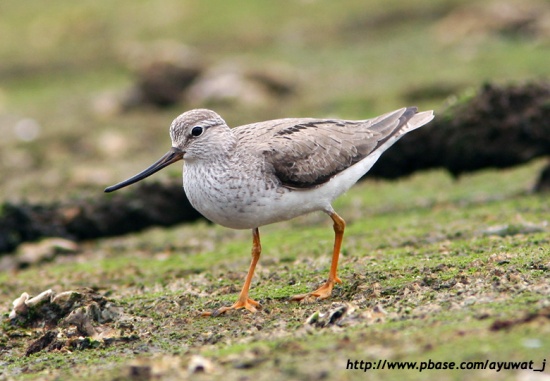 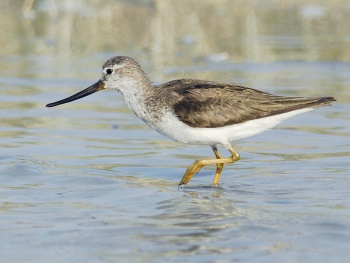 Breeds in far eastern Europe (locally in Finland, and from Belarus and Ukraine eastward) and across northern Asia. Winters on tropical coasts in east Africa, south Asia and Australia.

Rare, but regular visitor to the British Isles, mostly on passage but one or two wintering records. 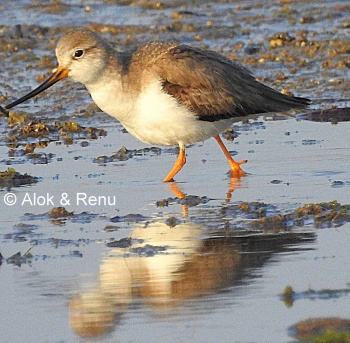 Formerly often included in the genus Tringa, but genetic evidence shows it to be more closely related to Phalaropes Phalaropus[2].

Breeds beside muddy or gravelly riversides and lakeshores; typically nesting among greyed driftwood on riverbanks. On migration on freshwater marshes. In winter, coastal mudflats, estuaries and mangroves.

Food is small aquatic invertebrates; it chases insects and other mobile prey, and sometimes runs to the water's edge to wash its catch.

They lay 3-4 eggs in a lined ground scrape. 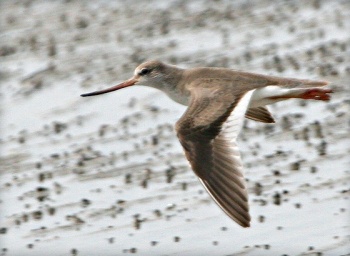 Search for photos of Terek Sandpiper in the BirdForum Gallery

Search for videos of Terek Sandpiper on BirdForum TV