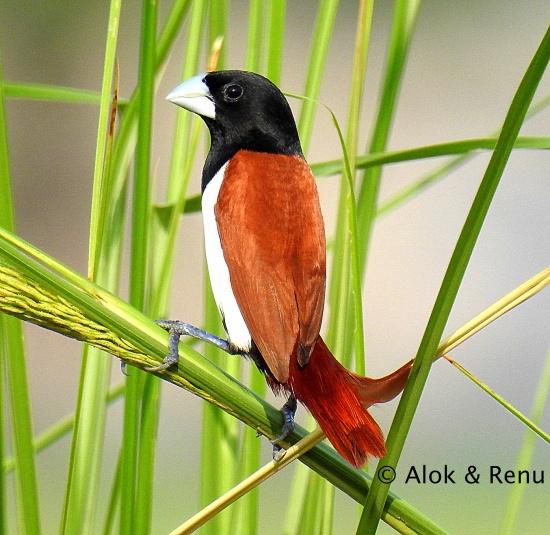 11–12 cm (4¼-4¾ in)
Chestnut plumage, black head, throat, center of belly, and undertail coverts; white across upper breast and down the flanks or the white area scalloped with either black or cinnamon-chestnut feather fringes; large conical bluish grey bill. Sexes are similar.
Juvenile: Uniformly buffy brown plumage, no black head, can probably not be safely separated from similar age Chestnut Munia. 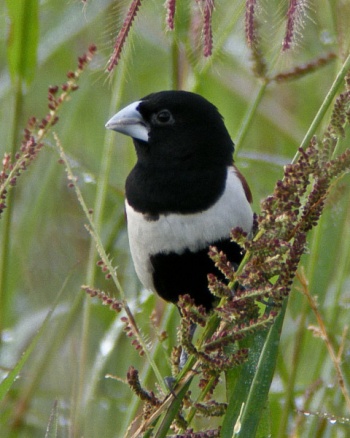 Several morphs are described, including one that looks similar to an imagined hybrid between Black-headed Munia and Chestnut Munia.

It is now found widely in tropical areas of the world, including the Caribbean and South America.

This species was until 1996 considered conspecific with Chestnut Munia. Agreement has not been reached on which of the two offspring species should inherit the name of Black-headed Munia, and which needed a different name. 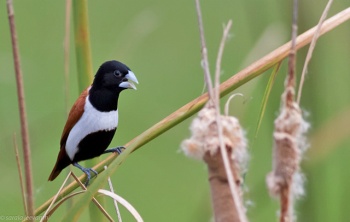 The nest is a ball made out of dried grass, placed close to the ground in long grass or low bushes. 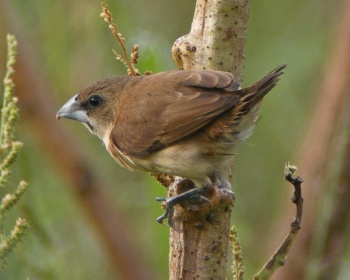 Search for photos of Tricolored Munia in the BirdForum Gallery

Search for videos of Tricolored Munia on BirdForum TV