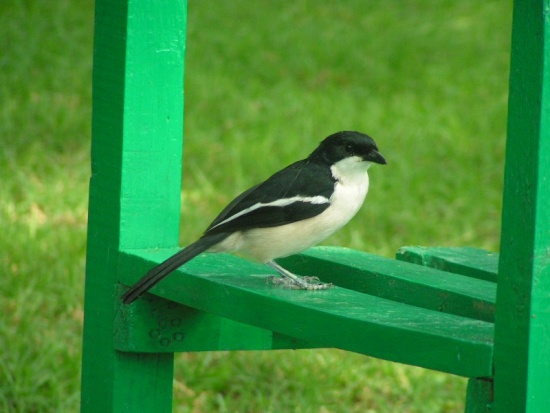 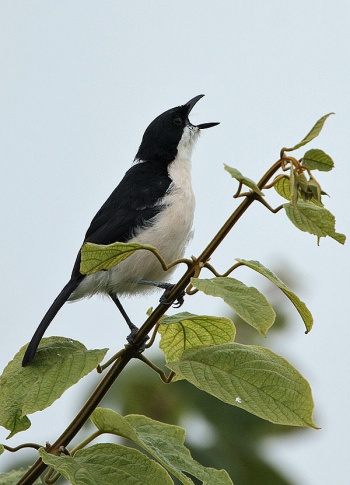 There are four subspecies:[1]

Forest and forest-edge, savanna woodland. In the drier parts of its range, the only suitable habitat is riparian forest. Also found in gardens and thickets.

The diet includes large insects, arthropods, small mammals, reptiles, and amphibians. It robs nests for the eggs and occasionally eats snails and fruit. They hold large prey down with the foot whilst eating. Like other bush-shrikes, it impales prey on thorns to eat later.

Both sexes build the cup shaped nest of twigs, tendrils, and small roots held together with spider web, but the female does more of the work. The clutch consists of 2-3 bluish to buffy green eggs with brown and lilac spots. They are incubated by both adults for about 15 days. Nestlings fledge after a similar period. Both sexes feed the young.

Search for photos of Tropical Boubou in the gallery