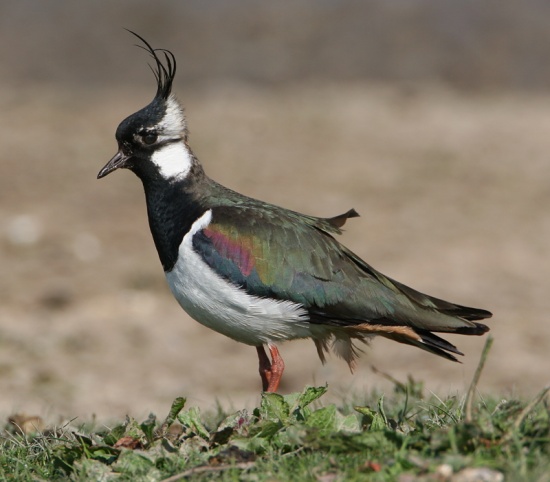 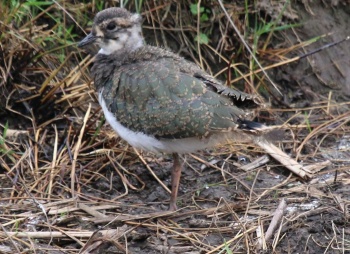 Female and Juvenile are similar but have shorter crests

Breeds in Europe, Turkey and northwest Iran through western Russia and Kazakhstan to southern and eastern Siberia, Mongolia and northern China. Winters from Western Europe, Eastern Atlantic islands and North Africa through the Mediterranean, Middle East and Iran across northern India to southeastern China, Korea and southern Japan. Has been recorded on the Azores, Cape Verde Islands and Eastern North America as a vagrant.

Breeds in open country, moors and farmland with short grass, bare soil or in crops, often near freshwater. Winters in muddy estuaries and marshes. 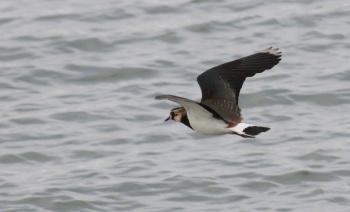 Three to four eggs are laid in a ground scrape. They are monogamous during the breeding season and are very protective of their nests, dive-bombing intruders.

Their diet consists of worms, insects and other small invertebrates, including larva and adult beetles, ants, flies and wasps. They like to feed nocturnally on moonlit nights. 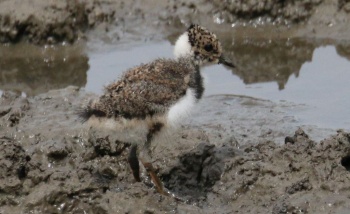 The name "lapwing" derives from the "lapping" sound its wings make, or the flapping flight. Other common names include Peewit and Green Plover 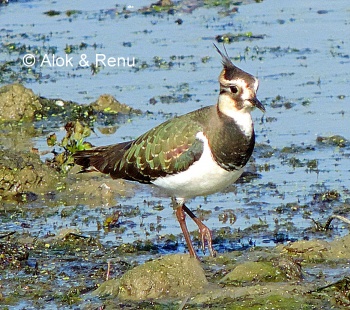 Search for photos of Northern Lapwing in the gallery

Search for videos of Northern Lapwing on BirdForum TV