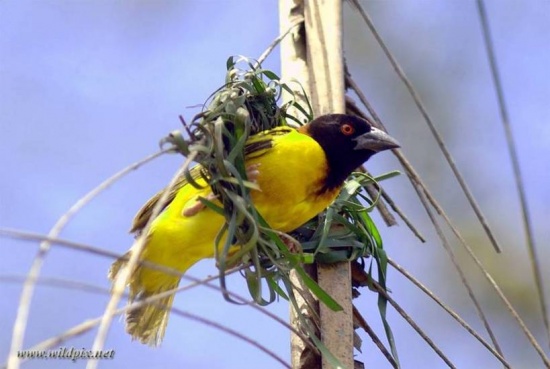 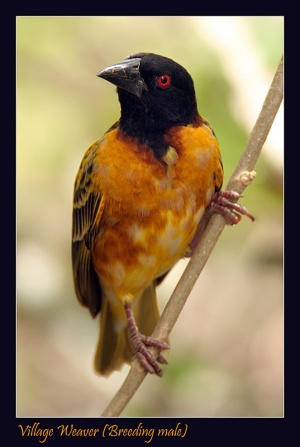 Young birds browner back, otherwise similar to the female 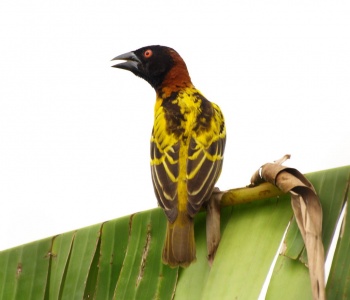 Most subspecies have mostly dark head but differ in color of nape and back of male. The southernmost subspecies spilonotus differ in having a black mask that only reaches the side of the bill and is yellow above that.

Escaped populations can be found in many countries world-wide and has been introduced to Haiti. 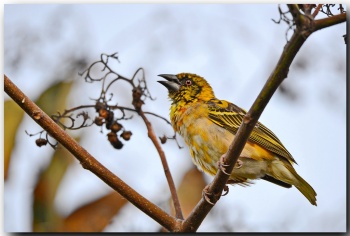 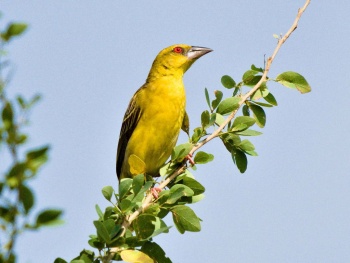 They occupy a variety of open habitats, from open woodlands to towns and villages. 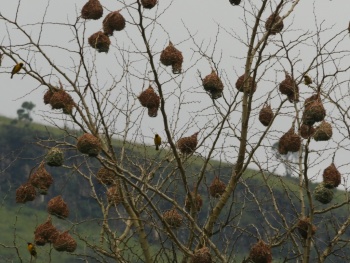 The large nest is coarsely woven from grass and leaf strips, suspended from a branch. It has a downward facing entrance. The clutch consists of 2-3 eggs.

A colonial breeder, many nests may be found in a single tree.

Their diet consists mostly of seeds and grain, and can be a crop pest; also insects, particularly when feeding young.

Search for photos of Village Weaver in the gallery

Search for videos of Village Weaver on BirdForum TV