Mauritius Island is one of the three larger islands, along with Reunion Island and Rodrigues Island, comprising the [Map 1]Mascarene Islands in the Republic of Mauritius. They are all located in the Western Indian Ocean east of Madagascar.

According to Avibase[2], there are 124 species present.

Of the species that have been reported as being found here,12 species are now extinct.

One of those extinct endemics of the Mauritius Island is the Dodo[3]. 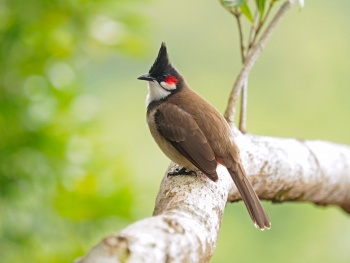 According to a BBC article[4], bats are the only mammal native to Mauritius. The Mauritius flying fox and Rodrigues flying fox]are large fruit bats endemic to the area[5]. Everything else was introduced.

There are now a number of species, such as tortoises, crabs, macaques, to name a few, that have taken up residence.

There are now various wildlife management operations going on in the Republic of Mauritius.

Mauritius was first visited, it's thought, by the Portuguese in the early 1500s, but wasn't settled at that time.

It was named by the Dutch in the late 1500s and began revolving through a succession of countries in settling and/or governing roles starting in the mid-1600s.

Mauritius became an independent state of the Commonwealth in 1968 going through a period of difficulty which led to it becoming a Republic in 1992.

It still exists as a Republic[1], where it's subject to all the influences of any other such country in existence today.

Of the various attractions Mauritius Island has to offer, some of those of particular interest to birders and birding include the following.

Black River Gorges National Park, a forested 6,574 hectares/16,244 acres in a park situated in the southwest part of Mauritius Island. Within this park, is Piton de la Riviere which, at 828 meters/2716 feet, is the highest point. Hiking trails are through all areas of the park.

Bras d’Eau National Park, a 497 Hectare/1228 Acre park in the northeast part of the island. Within it are parts of some nature preserves and two hiking trails.

Mauritius has 3 Ramsar sites as part of their joining the Ramsar Convention. The Ramsar Convention is an international effort for the conservation and use of wetlands. The sites are the Rivulet Terre Rouge Estuary Bird Sanctuary, Blue Bay Marine Park, and Pointe D’Esny.

This and other more detailed and specific information can be found at the Republic's website[6].

Sir Seewoosagur Ramgoolam International Airport (MRU), located 26 miles southeast of the capital of Port Louis in Plaine Magnien, is the airport serving the island. As well, there are cruise lines serving the destination.

Consult a travel professional for up-to-date information if traveling to this destination.

Search for photos of Mauritius Island in the gallery

Search for videos of Mauritius Island on BirdForum TV