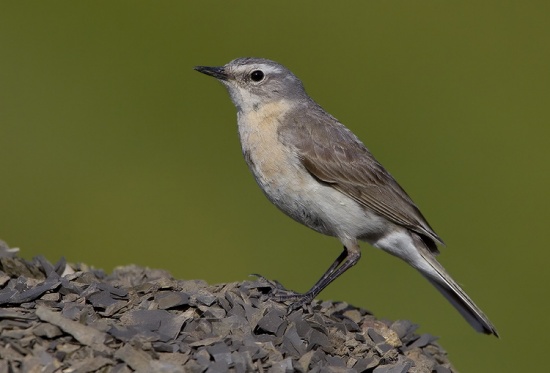 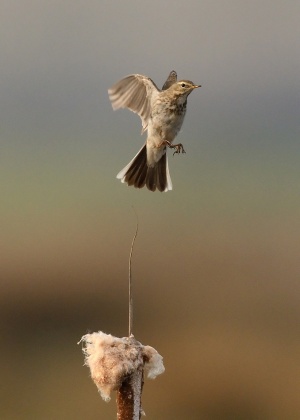 Similar in build to Rock Pipit, being robust and significantly larger and longer-tailed than Meadow Pipit.

In winter, Water Pipits are browner than Rock Pipits with much clearer, whiter more sharply and lightly streaked underparts, less streaked mantles and more strikingly pale wing-bars. The supercilium tends to be the dominant facial feature, (eye-ring in Rock Pipit). Water Pipits often have black legs but many wintering birds do have pale legs. The completely white outer web to the outer tail feathers of a Water Pipit should rule out most Rock Pipits, though to be 100% certain, there is a white tip to the second outermost tail feather which is never more than small and off white in even the palest, most bleached littoralis Rock Pipit.

Length of hind claw in Water Pipit is variable, so a long-clawed bird does not have to be a Meadow Pipit (contra some field guides).[4]

Southern Europe and southern temperate Asia across to China. 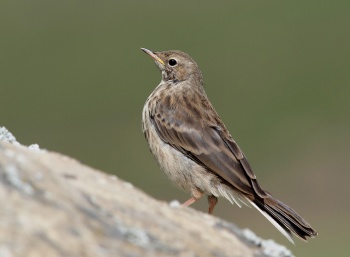 Forms a superspecies with Rock Pipit and Buff-bellied Pipit. Localised from the former on habitat preferences and by the latter on range, though there is some evidence of interbreeding. 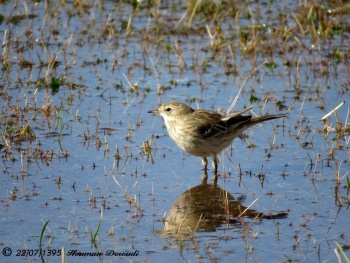 It breeds in mountain meadows, and winters on coasts, estuaries, marshes, flooded fields and water margins.

A dipping flight. Hops or runs.

The diet includes insects and larvae.

Search for photos of Water Pipit in the gallery

Search for videos of Water Pipit on BirdForum TV