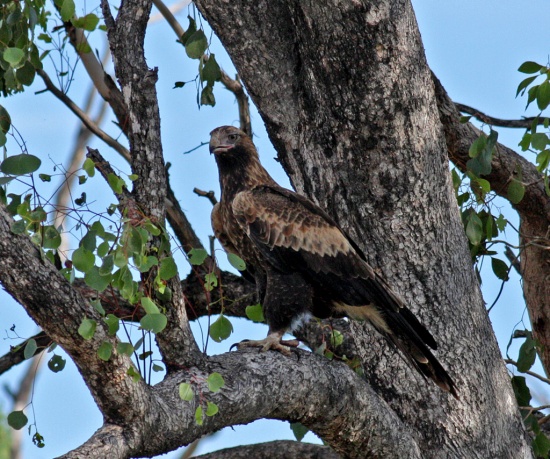 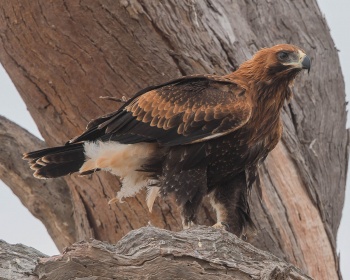 81–104 cm (32-50 in); Australia's largest eagle.
Long wings with long primaries can span from 2 to 2.5 metres. Males smaller than females.
Young birds are light brown becoming darker with age until almost all black for the most mature adults.

Immatures can be confused with immature White-bellied Sea Eagle Haliaeetus leucogaster which has a much shorter wedge-shaped tail.

Australia: occurs almost throughout the continent and on Tasmania, also in southern New Guinea. 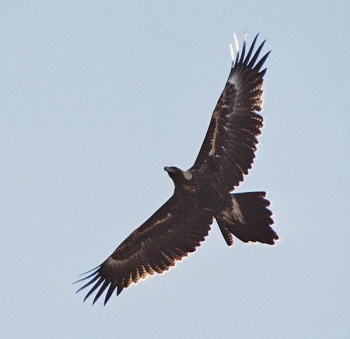 Dry open plains to mountain forests. Nests in trees or sometimes on the ground on islands 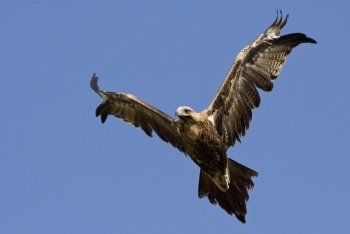 Long 'wedge' or diamond-shaped tail and long wings and primaries are most obvious when soaring.

Preys on mammals, large birds and large reptiles (such as snakes and goannas). Can be encountered feeding on road-killed animals in country areas.

Call: a thin high-pitched whistle given in flight.

Search for photos of Wedge-tailed Eagle in the gallery

Search for videos of Wedge-tailed Eagle on BirdForum TV