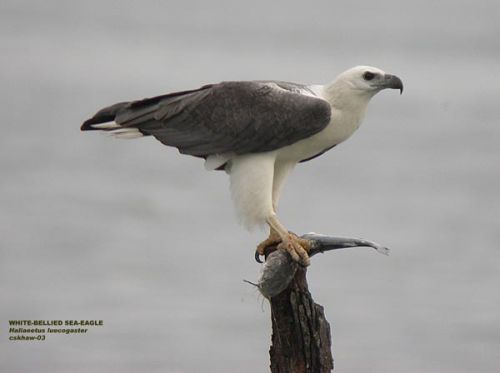 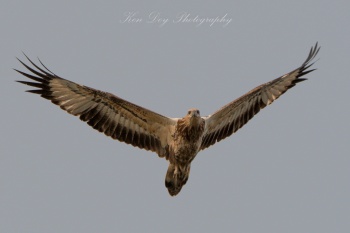 Range: Southern Asia to Australasia.
Breeds coastally in much of India and from Burma and southern China south to Peninsula Malaysia and Singapore, and from the Philippines, Borneo and Sumatra east to New Guinea, the Bismarck Archipelago and Australia.

Coasts, islands, estuaries and mangroves. In some areas inland along larger rivers and around large lakes. 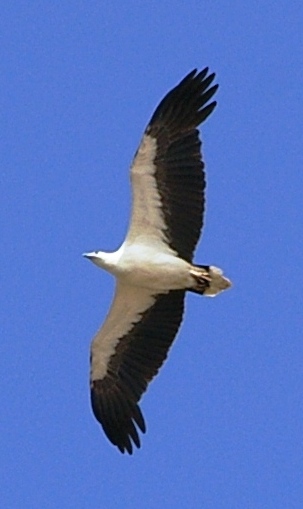 The diet includes fish, turtles and sea snakes, birds and mammals. It also feeds on carrion such as sheep and fish along the waterline.

Search for photos of White-bellied Sea Eagle in the gallery