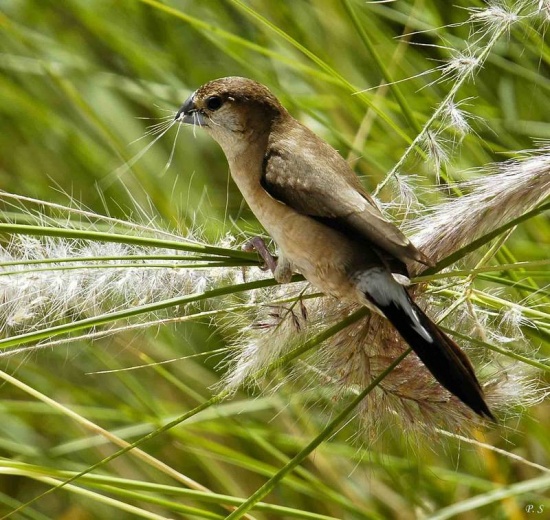 11 cm long (4¼ in)
Creamy underside with darker upperside, often displaying dark to black primaries along the lower edge of the folded wing, as well as a dark tail that is often somewhat pointed.
White rump is sometimes visible on the sitting bird, and always visible in flight.
Bill has a dark, curved, upper mandible while the lower mandible is lighter often reflecting.

This species is very similar to African Silverbill (Lonchura cantans) but differ in showing a white rump (dark in the African species). 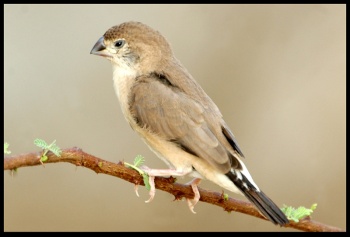 Native distribution seems to have been from the Arabian Peninsula through Iran, to India, Sri Lanka, Nepal, and Sikkim.

Populations in Israel and Jordan may have its origin in escaped cage birds, and the same is the case for southern France (e.g., Nice) where the species is considered established, and in Portugal.

This is a monotypic species, which is sometimes placed in genus Lonchura[1]. This taxon has previously been considered conspecific with African Silverbill.

The nest is a large domed grass structure in a tree. The clutch contains of 4–10 white eggs. They breed throughout the year, often coinciding with the start of the rains.