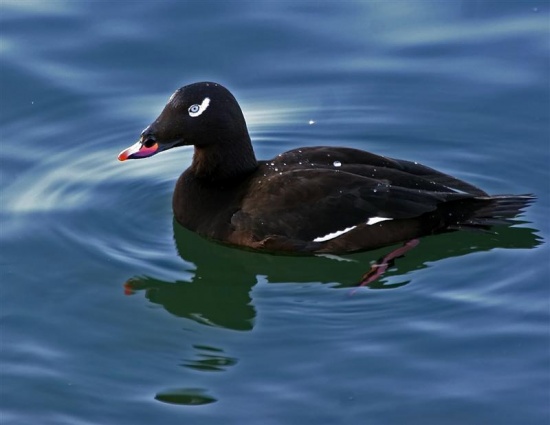 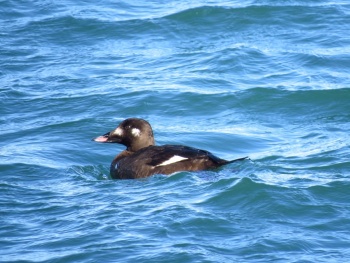 Juvenile a paler version of female

In flight, it shows a white patch on the rear of the wing.

This is a monotypic species[1]. Formerly considered conspecific with Velvet Scoter from Northern Eurasia and Stejneger's Scoter from East Asia.

Breeds around fresh water bodies near boreal forests and arctic tundra; sometimes far from the coast. Outside of the breeding season, they are to be found in coastal waters, often near shellfish beds

They build a lined nest on the ground near lakes or rivers, in woodland or tundra. The clutch consists of 7-9 eggs.

Search for photos of White-winged Scoter in the gallery