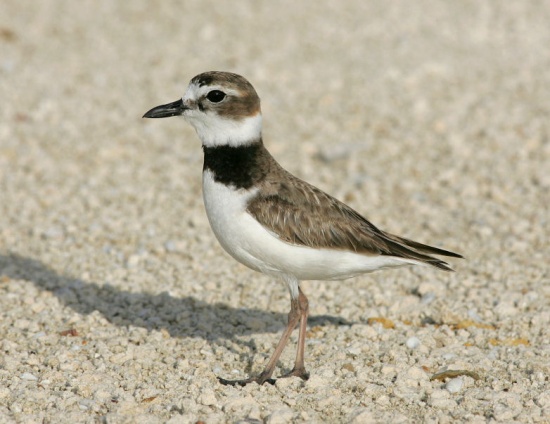 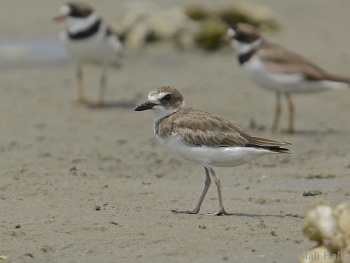 Female and non-breeding male are similar but have brown or rufous backs. Non-breeding birds have a greyer tinge on the head and breast band
Immature birds: similar to the female, however the breast band is not always complete

North, Central and South America
Breeds on both coasts of North America. The range includes much of the eastern coast, and the west coast of Mexico. A partial migrant. Some birds winter in Florida, the rest move south to Brazil and Peru

An additional subspecies rufinucha is not recognized by all authorities1

They move slowly when feeding. The diet consists mostly of crabs, insects and marine worms.

The nest is a bare scrape

The call is a high weak whistle.

Search for photos of Wilson's Plover in the gallery

Search for videos of Wilson's Plover on BirdForum TV