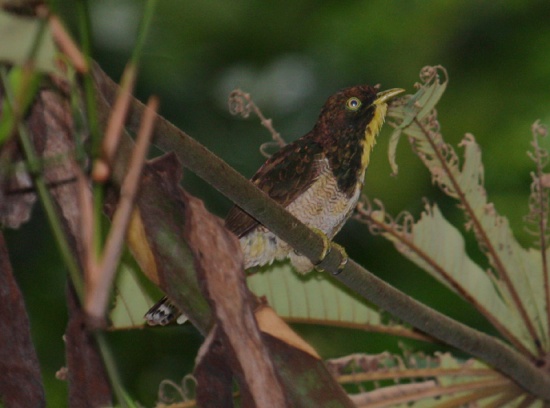 Juveniles barred greenish and buff above.

This is a monotypic species.
The described subspecies parkesi from Cameroon, DR Congo and Uganda is usually not recognized.

Found in the canopy of primary forest, gallery forest and old secondary forest.
Occurs in the lowlands.

A clear, flute-like whistle of nine to twelve notes, all on same pitch. The first note is the longest, accelerating and then fading away, the series lasting around 3 seconds. Sings all year.

Search for photos of Yellow-throated Cuckoo in the gallery