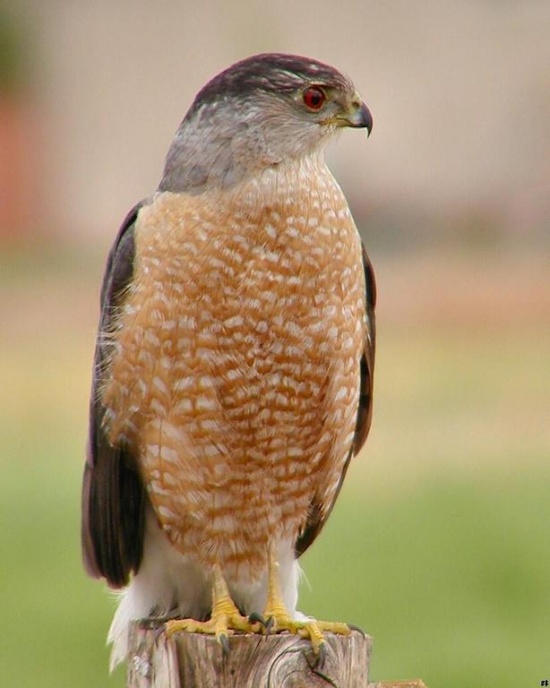 Length 14-20" (36-51 cm), wingspan 28" (71 cm)
A crow-sized hawk with long tail, short rounded wings, and tail tip rounded, not squared-off.
The Adult is slate-gray above, with a dark cap and finely rust-barred below.
The immature is brown above, whitish below with fine streaks. Cooper's Hawks mature rapidly for birds their size; a full 25 percent of young birds breed the year after they are hatched, and the rest the year after that. 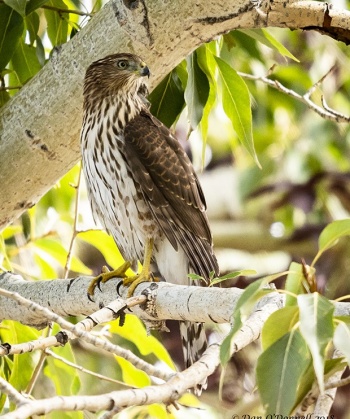 Most similar to Sharp-shinned Hawk, but larger on average, with more rounded tail rather than notched or straight.
In flight, the wings are brought forward with Sharp-shinned, but extend straight out with Cooper's. The head shape is different, with Cooper's having a longer, more "blocky" head. Also similar to Northern Goshawk, especially immature birds.

Breeds from British Columbia east to Manitoba and Canadian Maritimes, and south to Mexico, Gulf Coast, and northern Florida; absent or local throughout much of Great Plains. 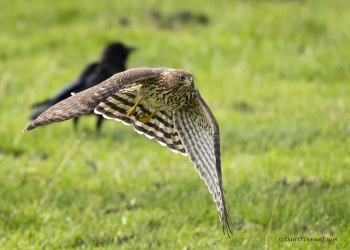 Deciduous and, less often, coniferous forests, especially those interrupted by meadows and clearings. 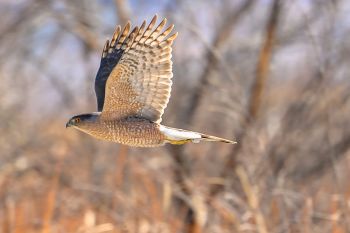 Feeds mainly on birds, which it chases relentlessly through the woods. It also takes small mammals and, in the West, lizards and snakes.

4 or 5 dull-white eggs, spotted with brown, on a bulky platform of sticks and twigs, usually more than 20' (6 m) above the ground.
During incubation and the early stages of brooding the young, the male bird does all the hunting, bringing food to both his mate and the nestlings.

Search for photos of Cooper's Hawk in the gallery

Search for videos of Cooper's Hawk on BirdForum TV