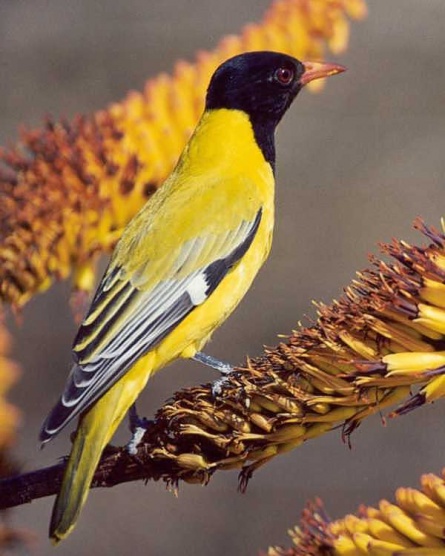 It can be distinguished from other similar species (eg the Western Black-headed Oriole or the Montane Oriole) by its olive central tail feathers and the yellowish edge of its inner secondaries.
Where it is conspecific with other black-headed Orioles it tends to be restricted to the forest edge. 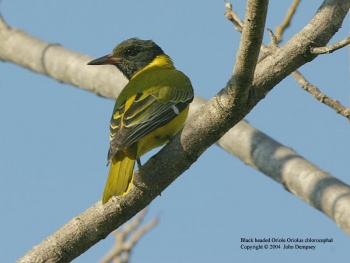 Non-breeding first year bird; the bill has not quite reached the red stage and the hood is not totally dark
Photo by jdbirdman
Oribi Gorge, South Africa, August 2004

Inhabits Acacia woodland and other types of open woodland as well as being seen in mangroves and forest.

The diet includes small fruit as well as large insects. The young are fed mostly with caterpillars.

Search for photos of African Black-headed Oriole in the gallery