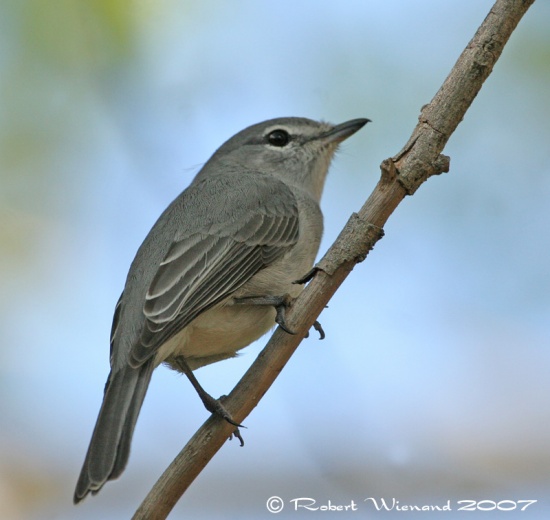 14-16 cm. This is a pale grey or blue-grey flycatcher of forest margins. The black loral line and the short white supraloral streak which joins the narrow white eye-ring are good diagnostic features for this bird. 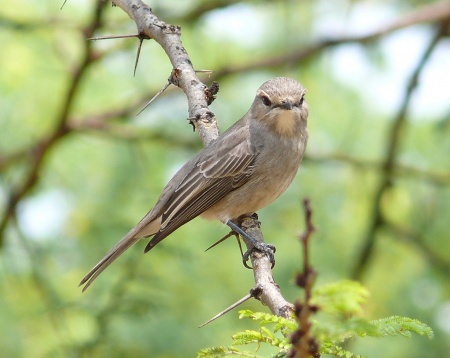 Placed in genus Fraseria by Clements.

Dry and moist forests (where it prefers forest edge and clearings) and moist savanna.

Monogamous and territorial. Both sexes build a cup-shaped nest using bark, grass, moss and rootlets (sometimes spiders web); it is placed in a shallow cavity in a tree or rock-face, or at a narrow fork between branches. Two to three cream, finely spotted eggs are laid and incubated for about 14 days. Parasitism by Klaas's Cuckoo has been recorded.

Search for photos of Ashy Flycatcher in the gallery