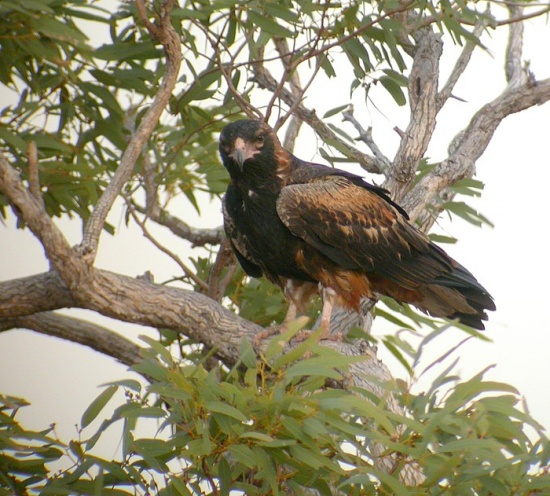 Females are larger than males. 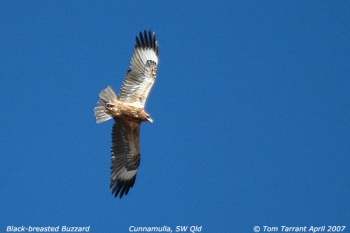 Australia: widely distributed but generally rare. Occurs throughout Northern Territory and most of Western Australia except the south-west corner, in the interior of South Australia, most of Queensland and northern New South Wales. Commonest in the north of the country. Resident and nomadic. Vagrants recorded in Victoria and Tasmania.

The nest is a platform of large, dry sticks, with smaller sticks on top, placed in a tree along a waterway. The shallow saucer is lined with green leaves. 2 eggs are laid and both parents incubate, for about 40 days; both parents brood and feed the young which fledge after about 60 days.

The diet includes rabbits, large lizards, birds and carrion and the eggs of ground-nesting birds.

Search for photos of Black-breasted Buzzard in the gallery