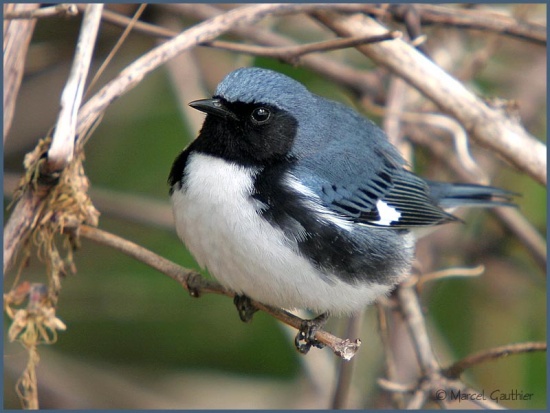 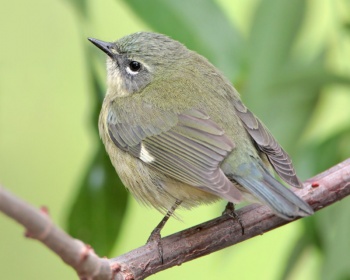 Breeds in northeastern North America from western Ontario and northern Michigan east to eastern Quebec, New Brunswick and Nova Scotia south to Pennsylvania; also along the Appalachians south to northern Georgia.
Winters in Central America, Bahamas, Caribbean and the tip of Florida.
Rare to casual vagrant in the west with with the most records in California (over 600 records).

Nearly always found in shady understory of deciduous and mixed woodlands. In migration can be found in most woodlands.

Nests in shrubs and small trees.

Diet mostly insectivorous but will eat seeds and other vegetable matter in the winter.

Song: Buzzy and rising at the end, zeeer-zeeer-zeeeeee.

Search for photos of Black-throated Blue Warbler in the gallery