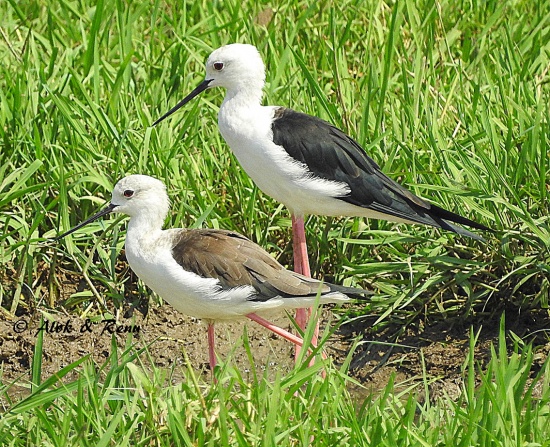 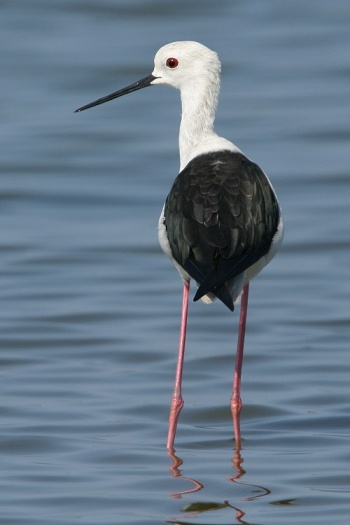 Both sexes can show all white head and neck or variable amounts of black on crown and nape.

Europe, Mediterranean and sub-Saharan Africa to Southeast Asia and Taiwan.

Breeds irregularly in scattered localities in southern Europe but an opportunistic species that occasionally breeds far out of normal range or abandons long-established areas for no apparent reason. May not breed at all in dry years. Most regular areas are Iberia and western and southern France, Sardinia, Sicily and Italy, Cyprus, Greece, Romania, Bulgaria and Turkey, the Ukraine and southern Russia, and in Mesopotamia. Also breeds on the Mediterranean coast of North Africa, in parts of the Middle East and on the Cape Verde Islands. Has bred in Britain, northern France, Belgium, the Netherlands, Austria, Germany and Poland, also in the Canary Islands.

Most birds are migratory especially in the north but frequently winters in southern Europe and occasionally further north, and regularly in North Africa and Iraq. 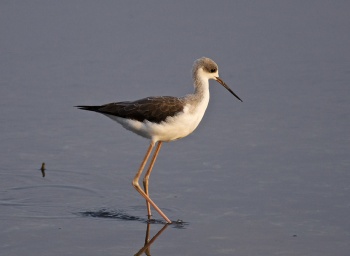 Vagrant to most European countries north to Sweden, Finland and Estonia. Also recorded on the Azores, Madeira and Canary Islands. In Britain several are now recorded annually and breeding has been attempted at least six times. Most of the c.300 records have occurred in the south-east and in April-May and August-September.

A male (nicknamed "Sammy") at Titchwell in Norfolk, England, was still present in August 2004 after becoming resident in the area in September 1993. Accidental to the Aleutians in Alaska.

Pied Stilt (or White-headed Stilt) of Australia and New Zealand, has been split from this species[2]. 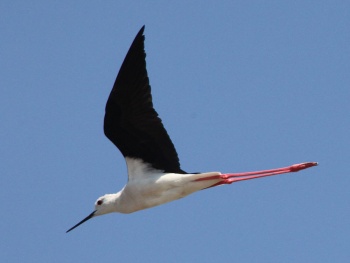 Areas of shallow water, fresh or brackish, with margins of sand or mud, but does not require vegetation to any extent. Usually on lagoons or in estuarine or delta areas.

Recording by Alok Tewari
Jamnagar, Gujarat, India, Jan-2016
Call given by a group circling over a pond; consisting of 10-12 birds.

Search for photos of Black-winged Stilt in the gallery

Search for videos of Black-winged Stilt on BirdForum TV