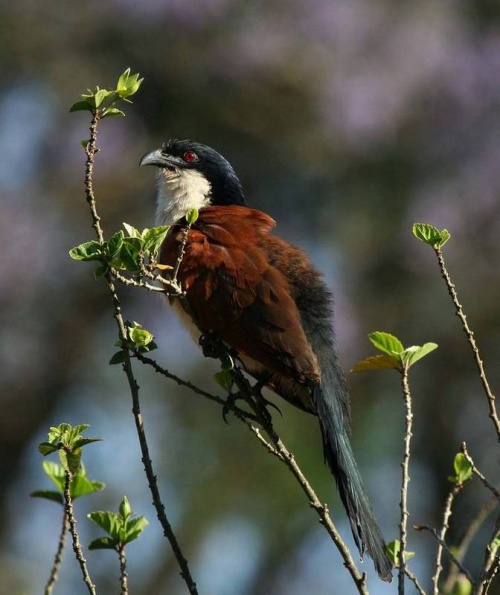 Larger and with less chestnut wings than Senegal Coucal; Smaller than Coppery-tailed Coucal and has unbarrred uppertail coverts. 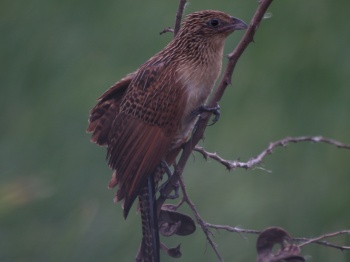 Africa south of the Sahara to Angola, Democratic Republic of Congo and Tanzania. 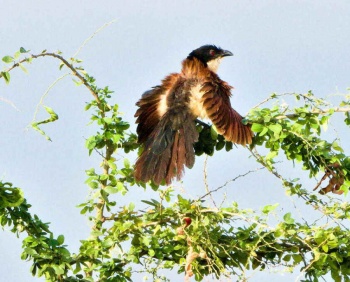 Dense undergrowth in papyrus swamps and habitats close to water.

Its nest is oval with a side entrance, built from sedges and grasses and lined with green leaves.

As well as carrion, they eat reptiles, amphibians, snakes, birds and their eggs; also rodents, insects and snails.

Search for photos of Blue-headed Coucal in the gallery