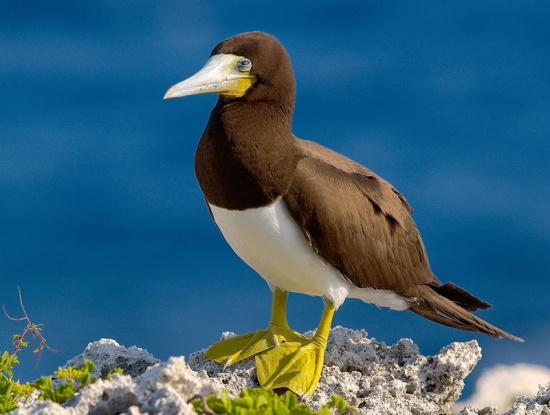 It takes about three years for this species to reach full adult plumage. 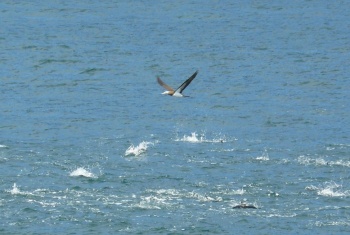 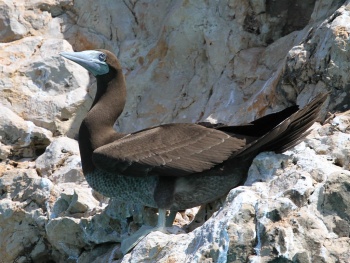 The juvenile can be somewhat difficult to separate from the juvenile Red-footed Booby, but the latter lacks white in the underwing, it shows darker primaries and most secondaries where the upperside of the wing is rather uniform in Brown Booby, and in addition, head and neck is lighter than the mantle in the Red-footed Booby.

Found in tropical seas breeding on numerous islands throughout Atlantic, Indian and Pacific Oceans. Most stay fairly local to their natal islands but some disperse for much greater distances.

Recorded as a vagrant off the Azores, Morocco, Mauritania, and Portugal, on the Atlantic coast of Spain as casualties of the Prestige oil spill, and in the Mediterranean off southern Spain and Italy. 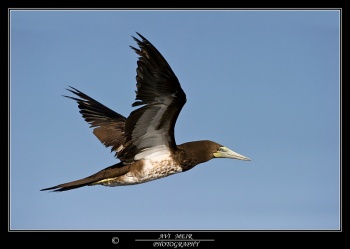 Less oceanic than other boobies, although it does feed over deep water it is more commonly seen over shallow inshore waters.

Breeds colonially on the ground or in rocky crevices on undisturbed islands. Fairly sedentary in vicinity of colonies.

Search for photos of Brown Booby in the BirdForum Gallery

Search for videos of Brown Booby on BirdForum TV