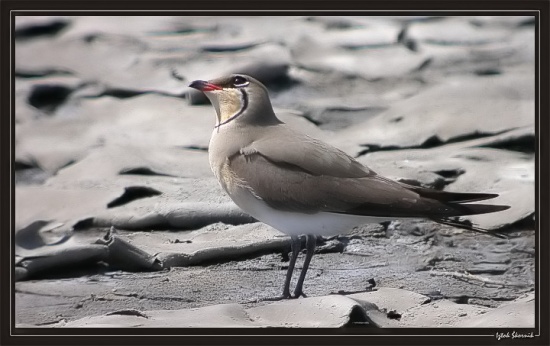 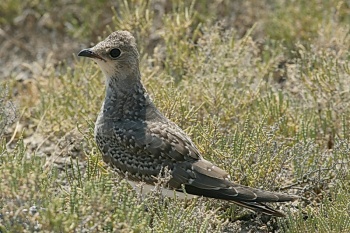 Juvenile: mottled above and lacks the black line.

Black-winged Pratincole is darker overall and lacks the light trailing edge on the wings; the underwing is black. 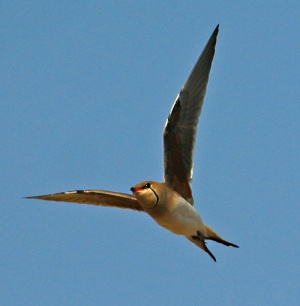 Vagrant to the Caribbean (Barbados)[6]. 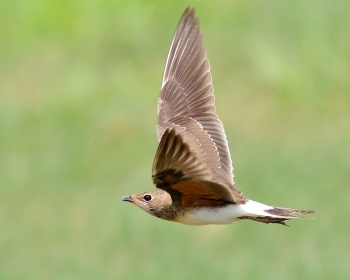 The diet consist mostly of large insects, such as grasshoppers, beetles, locusts, termites and flies which are usually aerially hawked but they also feed on the ground.

Breeds colonially. Two to four eggs are laid in a ground scrape.

Search for photos of Collared Pratincole in the gallery

Search for photos of Collared Pratincole in the gallery