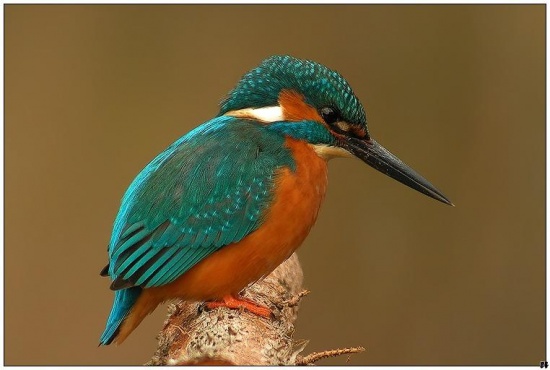 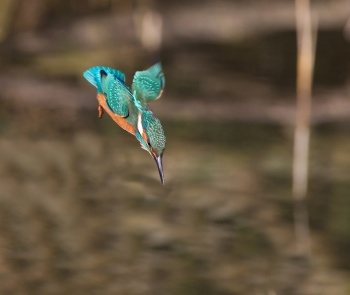 Adult: bright metallic blue-green wings and crown, cobalt or azure blue back. The ear coverts and under parts are warm orange-brown to chestnut, the chin and sides of neck white. Light red legs

The bill of the female is blackish and reddish orange at the base; the bill of the male is all black.
Juvenile: the bill is black, grey legs and colours are duller 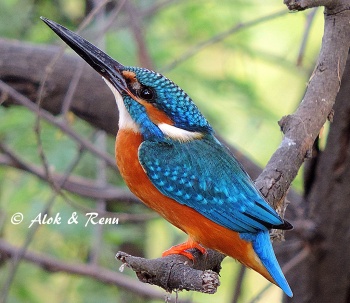 A widespread and fairly common bird over much of its range. In Europe breeds in Ireland and southern Britain and from Iberia east to the southern Urals, the Caspian and Caucasus. In the north breeds in Denmark, the far south of Norway, southern Sweden where decreasing, extreme southern Finland and across Russia south of 60 dg N. Breeds along much of the north Mediterranean coast east to Greece and occurs on Corsica and Sardinia, Sicily, Crete, and Cyprus, but very local in Turkey.
Also local in North-West Africa where breeds in parts of Morocco, north-east Algeria and north-west Tunisia.
Breeds in Central Asia and in eastern Asia in China, Korea, and Japan. In India breeds from the Himalayas south to Sri Lanka and the Andaman Islands, also throughout South-East Asia south to Indonesia, and in eastern New Guinea and the Bismarck Archipelago.

Resident over much of range but a summer vistor to eastern Europe, Central Asia and north-east Asia.
Migrants leave breeding grounds in August-October to winter further south and return in April-May. Other populations are partial migrants or merely dispersive, often short distances to coastal areas. Widespread in winter, especially around the Mediterranean islands and the western shores of the Mediterranean, Nile Delta and Red Sea coasts.

Recorded as a vagrant in Mauritania, Madeira, and the Canary Islands. 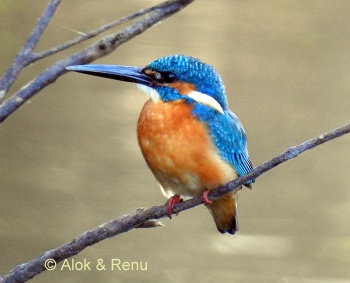 Seven subspecies are recognized1:
Nominate atthis occurs around the Mediterranean, in north-west Africa and south-west Asia
ispida in the remainder of Europe
bengalensis is found from India to China and Japan
taprobana in southern India and Sri Lanka
floresiana in the Lesser Sunda Islands
hispidoides Sulawesi, the Moluccas and eastern New Guinea and surrounding islands
salomonensis from the Solomon Islands


Birds from Sakhalin, Japan, and Taiwan are sometimes separated as japonica (otherwise included in bengalensis).

Streams and small rivers are the preferred habitat in the breeding season, sometimes canals but must have trees to provide lookout perches and banks suitable for nesting.

In the tropics found along forested riverbanks and mangrove swamps.

Wider range of freshwaters used in winter including larger ponds, lakes and reservoirs and also estuaries and sheltered sea-coasts.

Food is mostly small fish or amphibians caught on dives from a perch or from a hovering bird. 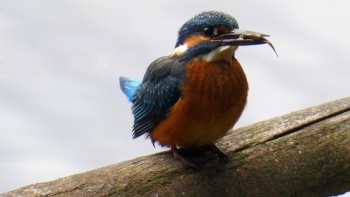 Search for photos of Common Kingfisher in the gallery