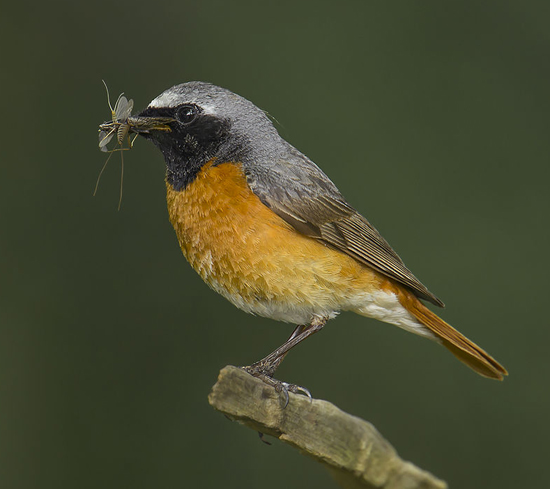 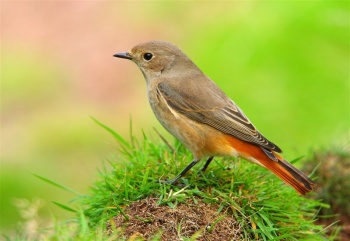 The males are generally unmistakable, but the females are easily confused with several other species in the genus, notably Moussier's Redstart, which is marginally smaller and shorter tailed.
Female Black Redstarts are darker and duller grey; even the dullest female Common Redstarts have a pale throat and hints of orange in their underparts, unlike Black Redstarts.
Female Rufous-backed Redstart is slightly larger and with pale fringes on its wing feathers, while female Daurian Redstart is more easily distinguished by its white wing patch.
Males of the southern subspecies P. p. samamiscus could possibly be confused with male Daurian Redstarts, but that species has a solid pure white wing patch, not just white fringes.
On the winter quarters, Little Rock Thrush can be confused (see this Birdforum thread for discussion). 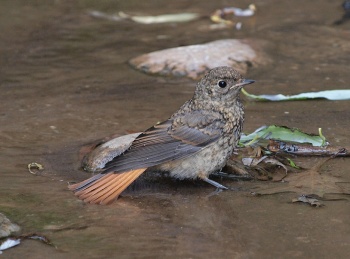 In Europe, the nominate subspecies P. p. phoenicurus breeds over much of Britain (except parts of eastern England), rarely in Ireland, and from north and central Spain and France north to most of Scandinavia (except extreme north coast), and east through western Asia to the Lake Baikal area of Russia. Present in a few scattered sites in northwest Africa.

Also a separate southern subspecies P. p. samamiscus in the southern Balkans, most of Turkey, the Caucasus and Iran. May have bred in Cyprus and Syria.

A summer visitor to Europe and Asia, arriving in April-May and departing from late August with some still on passage in October. Passage birds occur throughout North Africa and the Middle East, winters in sub-Saharan Africa.

Vagrants recorded on Bear Island and Iceland and south to the Azores, Madeira and Cape Verde Islands. 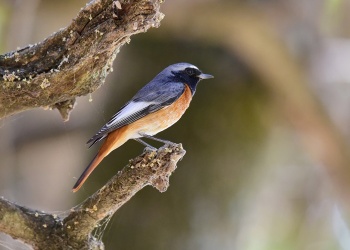 Crimea and Caucasus to western Afghanistan; on passage in the Middle East; winters in northeastern Africa and southwest Arabia.

Mainly deciduous or mixed woodland, fairly open, with old trees to provide nest-holes. In some areas also in coniferous woodland, heathland and scrubby areas with scattered large trees. Sometimes in parks and large gardens, occurs in upland areas up to 2000m. 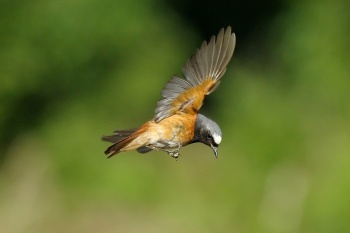 The diet includes insects which are aerially hawked. Berries, worms and spiders are also taken.

Search for photos of Common Redstart in the gallery

Search for videos of Common Redstart on BirdForum TV