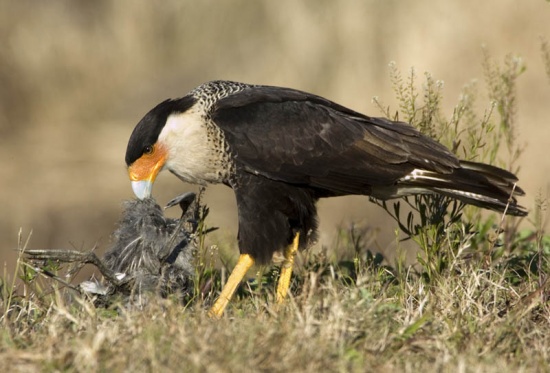 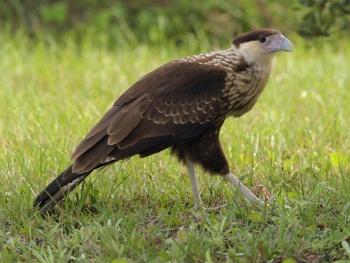 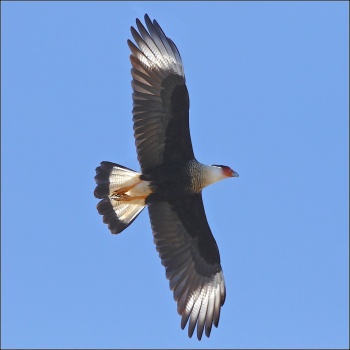 In North America breeds in southern Arizona, southern Texas and east along the Gulf Coast into Louisiana and in south-central Florida. Also a rare breeder in southern New Mexico and breeds from Baja California and northern Mexico south to Panama.

In South America it occurs throughout most of the Guianas, Venezuela, Colombia, Western Ecuador, North-western Peru, and Northern Brazil as far south as the Rio Amazon region. Also breeds in Cuba and the Isle of Pines and has occurred as a vagrant in Jamaica.

Common over most of range, but scarcer in the USA. 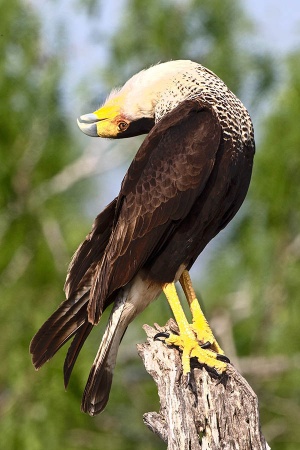 A range of habitats including arid scrubland and semi-desert, open woodland and riverine woodland, savanna with scattered trees, mangrove swamps and shorelines in some areas. Often near humans. Generally avoids densely forested regions (e.g. the Amazon), where largely restricted to the vicinity of rivers.

This bird will feed on snakes, lizards, fish, turtle eggs, small mammals, and other live animals, but will readily feed on carrion as well. The name in Spanish is Caracara quebrantajuesos, which means bone breaker. They crack open and eat the marrow from carrion bones. 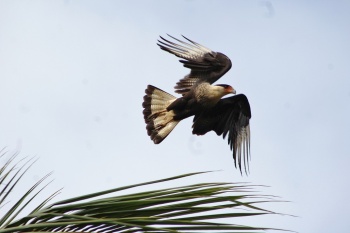 Search for photos of Crested Caracara in the gallery

Search for videos of Crested Caracara on BirdForum TV