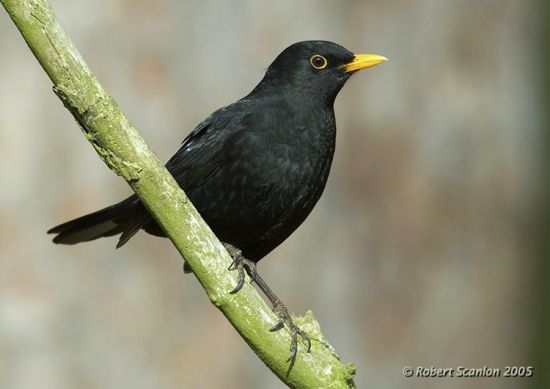 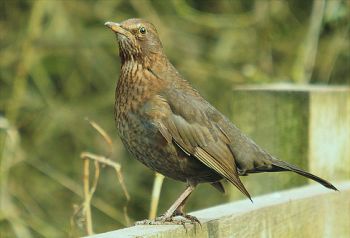 It is common in woods and gardens over all of Europe and much of Asia south of the Arctic Circle. Populations are resident except for northern birds which move south in winter.

Generally abundant and widespread over much of the region. Breeds on the Faroes, British Isles, France and Spain east to the southern Urals, reaching much of Scandinavia except the far north and the higher mountains. In the south occurs along the north Mediterranean coast from Spain to the Middle East and on most major islands, Turkey except much of the interior, and the Caucasus. Also breeds on the Azores, Madeira, Canary Islands and from Morocco to Tunisia. Now breeds annually in very small numbers in Iceland. 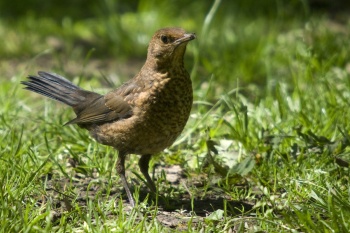 Populations breeding in the far north and from Poland northwards and eastwards are largely migratory with most birds moving to the south-west from late September and returning in March-April. Elsewhere, in parts of range such as Britain, a partial migrant with many birds moving to Ireland. Occurs in winter in coastal Iceland, the birds probably originating in Scandinavia.

A popular myth in Britain is that male Blackbirds with black bills are immigrants from Scandinavia; the black bill just means it is a first-year male, and is shown by resident immatures as well as arriving migrant immatures. Immigrants from Scandinavia can sometimes be distinguished by their marginally longer wings (when measured during ringing), but even this is not wholly reliable, with some overlap.

Vagrants recorded in Svalbard, Bear Island, Jan Mayen and a rare winter visitor to Kuwait. Casual vagrant to Greenland. Accidental in the northeastern United States and Canada, where the origin is questioned as likely escapes; however it seems that Eurasian Blackbird is not a popular cagebird there.

The Blackbird has been introduced to southeastern Australia and New Zealand, where it is considered a pest and has an effect on natural ecosystems.

There are seven subspecies[1]:

The nominate subspecies occurs over much of the region, replaced by the duller and fractionally smaller T. m. aterrimus in southeast Europe and Turkey with the female being much greyer than female of T. m. merula.

The Middle Eastern race T. m. syriacus has a longer and more slender bill than the nominate and both sexes greyer in plumage. The North African T. m. mauretanicus is longer-tailed and greyer, especially the female which also has yellow bill. The Central Asian T. m. intermedius is slightly larger than T. m. merula, with a heavier bill and duller plumage.

The island subspecies T. m. cabrerae from Madeira and the western Canary Islands, and T. m. azorensis from the Azores are shorter-winged with glossier, blacker plumage, including females.

Tibetan Blackbird, Indian Blackbird and Chinese Blackbird have recently been split from this species. One other split has been proposed, Moroccan Blackbird (Turdus mauritanicus, including T. m. algirus), but has not been accepted by any of the major taxonomic authorities.

Woodland and forest, coniferous, mixed or deciduous, hedgerows and roadsides, parks and gardens and a range of scrub habitats. Occurs from sea-level up to more than 1500m.

The average life expectancy is 2.4 years, the highest known age is 20 years.

It does not form flocks, although several birds, especially migrants, may be loosely associated in a suitable habitat. The female Blackbird is aggressive in the spring when it competes with others for a good nesting territory. The male is also competitive and will protect its territory by chasing away other males. If a fight between male Blackbirds does occur it is usually short and the intruder is soon chased away.

Swoops out of a hedge flying low across a road to gain safety in another hedge.

A moss, grass and mud cup is constructed in a tree, bush or hedge; laying 3-5 (usually 4) bluish-green-grey eggs with brown reddish marks. They are incubated for about 2 weeks and fledge after a further 2 weeks.

The nest may be re-used for up to 5 further broods in the season, which runs from March to July.

Feeds on fruit and berries in shrubs and bushes; it will probe lawns for worms and other insects.

Search for photos of Eurasian Blackbird in the gallery