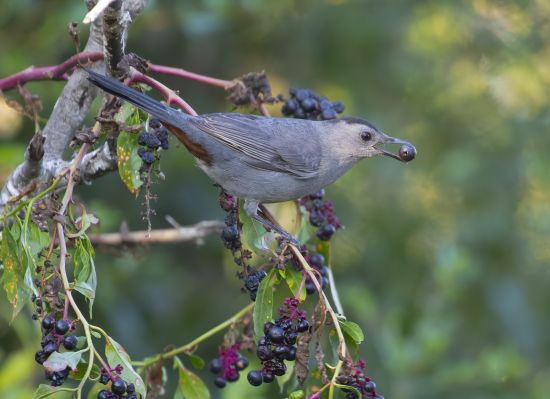 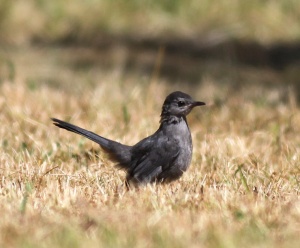 Formerly known as "Catbird," this bird has had its name changed officially to Gray Catbird because there is an all-black species, the Black Catbird in southern Mexico. 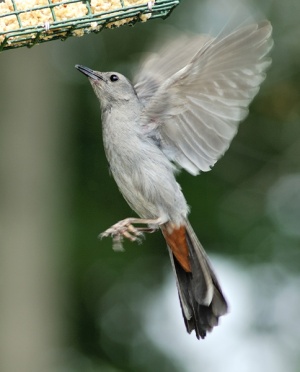 A ground feeder, turning the leaf litter over with the beak

The bulky nest is hidden in bushes or vines. Four or five shiny blue-green eggs are laid

Consists of insects and fallen berries

Song: A long, irregular succession of musical and mechanical notes and phrases. Sometimes seems to mimic other birds.
Call:

Search for photos of Gray Catbird in the gallery