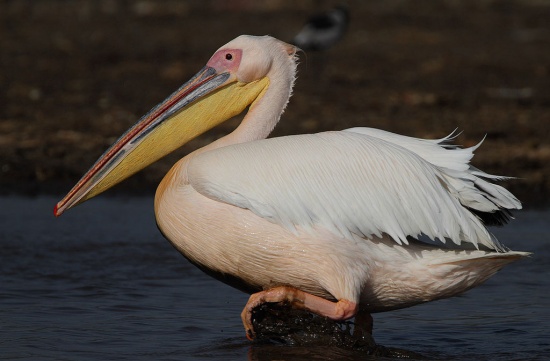 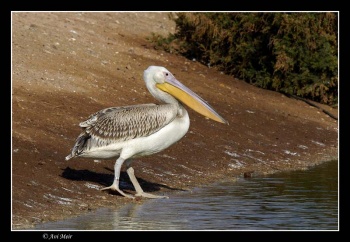 Southeast Europe, central and southern Asia, and Africa. In Europe, breeding confined to Albania, Greece, Bulgaria, Romania, and Ukraine. Widespread in Africa, in Egypt, and a broad belt from Mauritania east to Sudan, and south through Kenya to Namibia and South Africa. In Asia, patchily distributed from Turkey east through northern India to Cambodia, and north to Kazakhstan. Northern populations in central Asia and southeast Europe migrate south to ice-free climates in winter.

Commonly kept in captivity; extralimital records, for example from northern Europe, usually (and in Britain, always) refer to escapes, rather than vagrant wild birds. 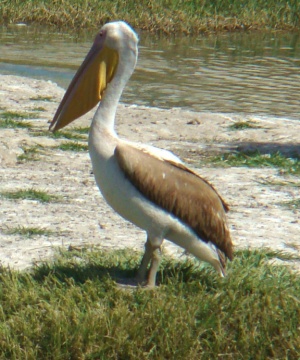 They are found in freshwater lakes,deltas, marshes and swamps.

They normally ground nest in colonies, 2 eggs are normally laid.

Pelicans feed on fish by dipping their heads into the waer and scooping up the fish. They will sometimes gather in a group to round up the fish.

Search for photos of Great White Pelican in the gallery

Search for videos of Great White Pelican on BirdForum TV