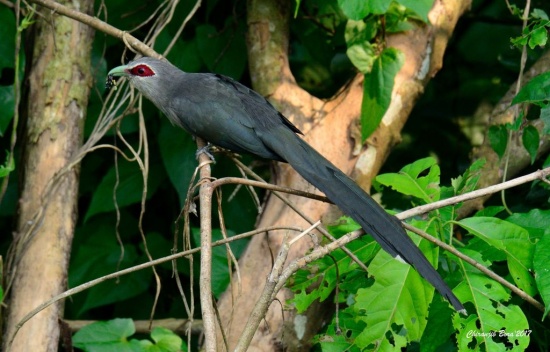 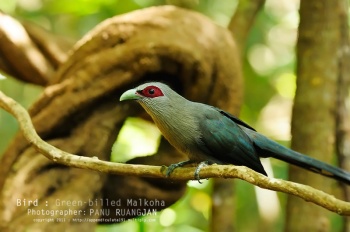 Found from the Himalayas of northern India east through Nepal, Sikkim, Bhutan and northeast India to Bangladesh, Burma, Thailand, Southern China (Yunnan), Hainan and south to Indochina, Malaysia to Sumatra and on Kangean Island.
Common or very common in most of its range. 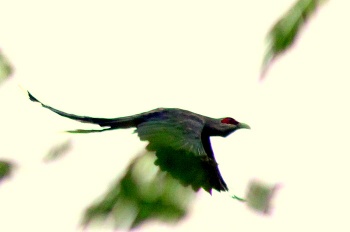 Evergreen forest, secondary growth.
Occurs from lowlands to hill, locally up to 1800m.

Breeding season April to August in India, March to September in Burma and January to March in Malaysia. The nest is a small platform made of twigs and green leaves. It's placed in the middle of a small tree. Lays 2 to 4 eggs. Both sexes incubate.

Search for photos of Green-billed Malkoha in the gallery