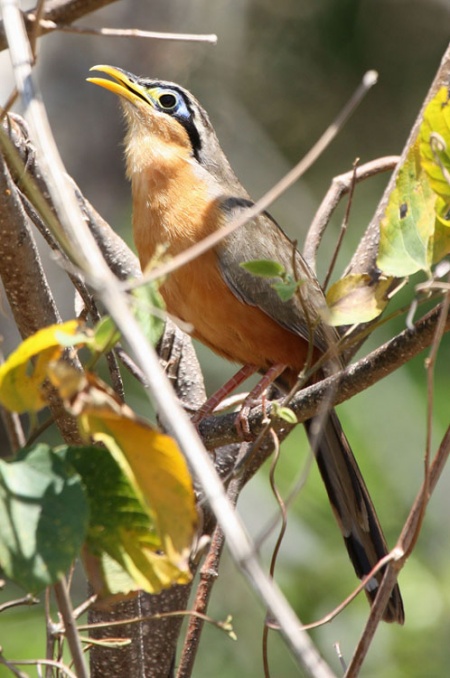 Sexes similar. Juveniles are duller above, scaled with pale feather edges and paler below, smudged dusky. Their bare orbital skin is grey, the bill brown above and lighter below.

Undergrowth in woodland and scrub, mostly in arid areas.
Occurs from sea-level up to 1500m, locally up to 1800m.

Stays low in dense cover. A furtive, skulking but inquisitive bird. Not shy.

Feeds on insects, mainly on grasshoppers. Forages on bare ground and in understorey.

Breeding season May in southern Mexico, July in Guatemala. The nest is a shalow bowl made of sticks. It's placed on the ground. Lays 2 eggs.

Search for photos of Lesser Ground Cuckoo in the gallery