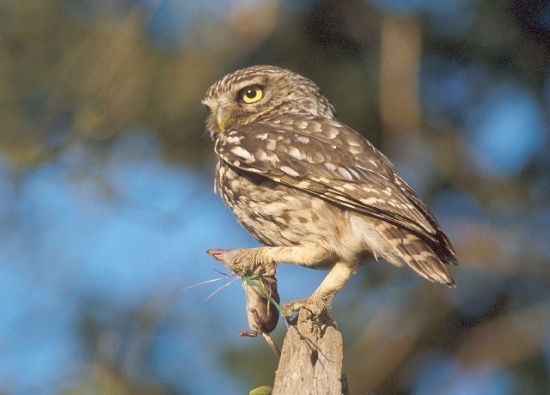 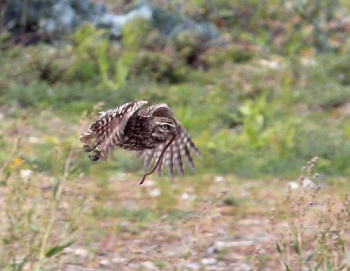 The commonest of the smaller owls and widespread in Europe from Iberia east to the Urals and Caspian, in the north reaching Denmark and the southern shores of the Baltic. Introduced to Britain and now established north to southern Scotland. Occurs virtually all around the Mediterranean and on most islands, throughout the Caucasus and Turkey, south to Iraq and parts of the Middle East. Also found throughout North-West Africa and much of central and southern Algeria, coastal Libya and at scattered oases in the interior, the Tibesti region of Chad and in the Nile Valley. Has bred in southern Sweden and possibly on the Balearics.

Resident throughout range with short-distance dispersal of juveniles.

Vagrants recorded in Ireland, Fenno-Scandia, Estonia and on Malta and the Canary Islands.

Lilith Owlet (Athene lilith) has been separated as a full species by some authorities[5] based on both vocalizations and DNA studies. 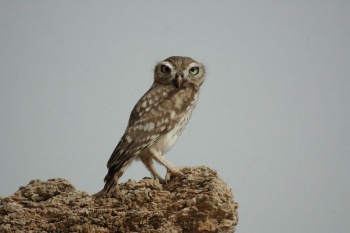 Several races occur in the region differing slightly in size, ground colour and markings but there is much intergradation. 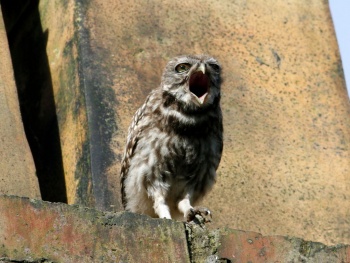 Little owls have often sit sunning themselves in early mornings or late evenings, particularly during cold weather. This is often the best chance of seeing them.

The nest is in a hole (tree, walls, old buildings, rabbit burrows or cliffs). Incubation of the 3-5 eggs starts in early May and takes 29 days. Initially the male is solely responsible for feeding the chicks, later joined by the female. The chicks fledge after 26 days

Search for photos of Little Owl in the gallery

Search for photos of Little Owl in the gallery