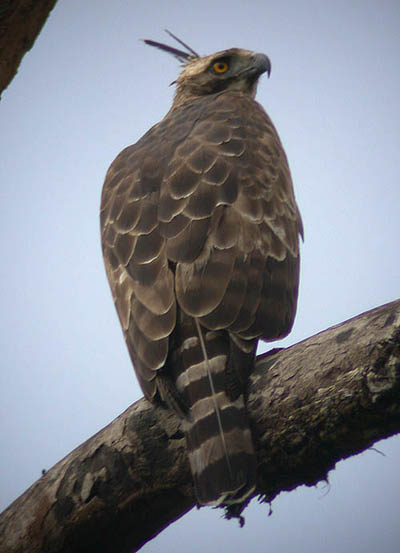 Two subspecies are currently recognized: nipalensis which is found from the Himalayas to China and the Malay peninsula and orientalis in Japan.
Legge's Hawk-Eagle was formerly considered conspecific.
Like the other Asian Hawk-Eagles this species was formerly placed in genus Spizaetus.

Forest and woodland along streams.

Legge's Hawk-Eagle has several adaptations to probably hunting between trees and likely eating more mammals than this species.

Search for photos of Mountain Hawk-Eagle in the gallery

Search for photos of Mountain Hawk-Eagle in the gallery