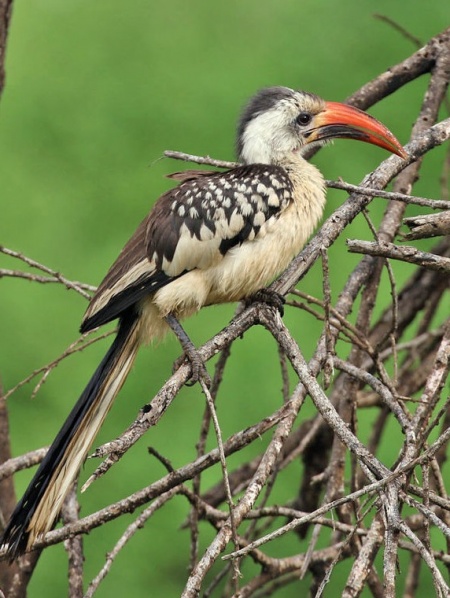 Females are smaller and have only a small dark patch on the lower mandible.
Juveniles are similar to males but have a shorter and pale orange bill. 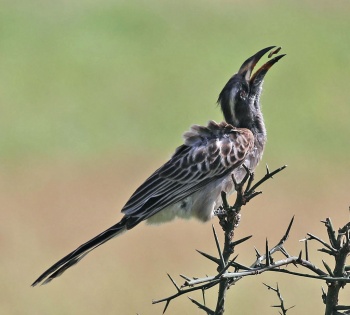 From Sierra Leone east to Somalia and south to Tanzania.

This is a monotypic species.
Was formerly considered included in Red-billed Hornbill.

Feeds mainly on insects but takes also small vertebrates like geckos, nestlings and rodents. Some fruits and grain eaten, too.
Feeds mainly on the ground.

Breeding season from March to November. Nest in a natural cavity or in an old barbet or woodpecker hole. The female seals the entrance with her own droppings and food remains. There is one narrow entrance through which the male passes food to the mother and chicks. Lays 2 - 7 eggs.
Often takes over nest of other hornbill species.

Search for photos of Northern Red-billed Hornbill in the gallery