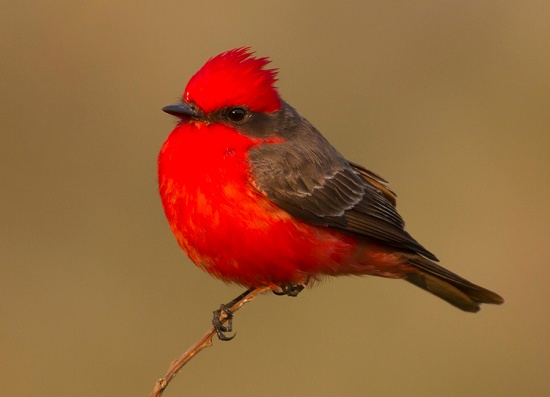 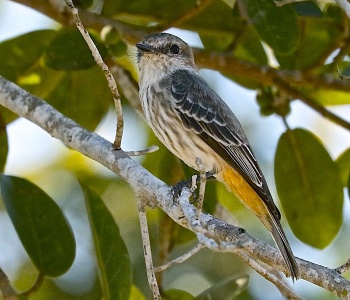 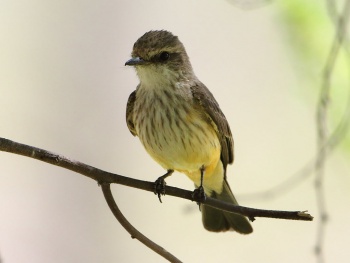 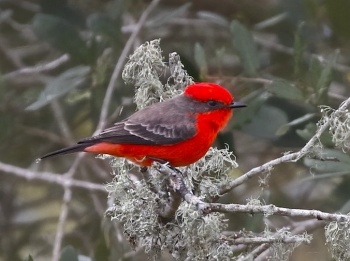 Females and immatures are potentially confusing, but can be separated from most other superficially similar species (e.g. Bran-colored Flycatcher) by the faint or complete lack of wing-bars. From Say's Phoebe told by its smaller size, shorter tail, whitish supercilium, and streaked breast. 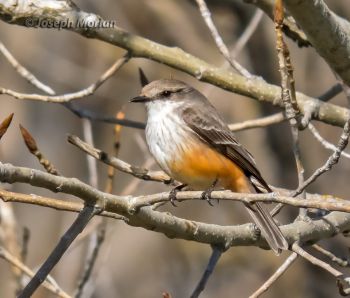 It is widespread and generally common in most of central and northern South America, Central America, Mexico and southwestern United States. 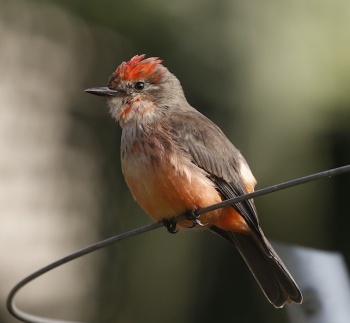 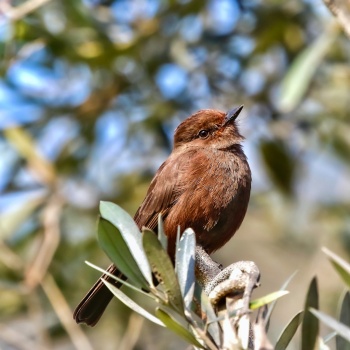 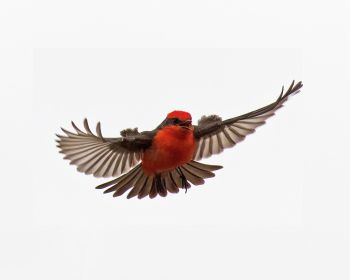 Occurs in a wide range of open or semi-open habitats, including savanna, forest-edge, woodland, scrub, areas with scattered trees. Also in rural zones and city parks or gardens.

Feeds on small insects and spiders. It perches on an open branch, waiting for the prey. After locating it, the flycatcher pursues and captures it in flight.

The courtship display of the male involves singing, raising its crest, fluffing its breast-feathers and, sometimes, delivering a butterfly or showy insect to the female to initiate copulation.

Breeding is seasonal, but timing varies depending on region. The nest is an open cup loosely constructed by moss, grass, twigs and spiderwebs. The 2-3 eggs are incubated entirely by the female, but both sexes feed the chicks.

Search for photos of Vermilion Flycatcher in the gallery

Search for photos of Vermilion Flycatcher in the gallery