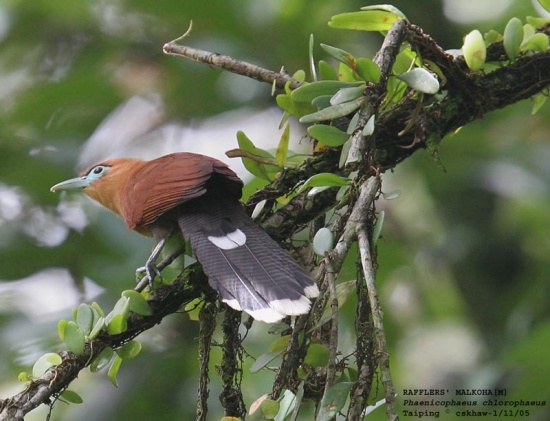 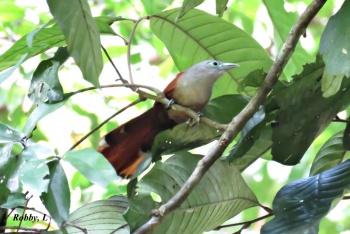 Found from southern Burma and southern Thailand to peninsular Malaysia and Singapore to Sumatra and Borneo.
Common in suitable habitat. No recent records in Singapore.

This as a monotypic species[1].
The formerly recognized subspecies fuscigularis from northwest Borneo is no longer accepted by any of the worldlists.

Subtropical or tropical moist lowland forests. Also in secondary growth, grass swamps, overgrown rubber and cocoa plantations and locally in gardens and mangroves.
Occurs from lowlands up to 1100m.

Breeding recorded in January, April and May. The nest is a shallow saucer made of twigs and green leaves. It's placed 3m above the ground. Lays 2 to 3 eggs.

Search for photos of Raffles's Malkoha in the gallery