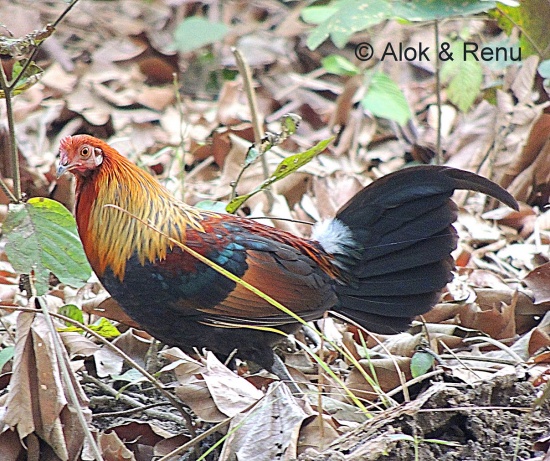 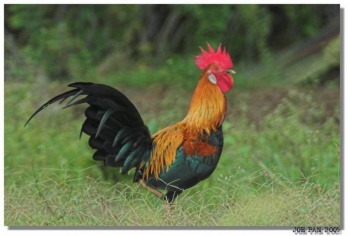 Northeast India eastwards across southern China and down into Malaysia, Indonesia, and the Philippines.

Borneo is not in their natural range but they were introduced into oil palm plantations of Eastern Sabah. They have since become firmly established and big flocks of them can be commonly seen in plantations in the Lahad Datu,Kinabatangan and other neighbouring districts.

The wild form of this species has been introduced to Hawaii and Fitzgerald, Georgia.

The domestic form of this species has been introduced to Florida, Texas, Hawaii, Niue, Puerto Rico, Australia, US Virgin Islands, British Virgin Islands, and Cayman Islands. 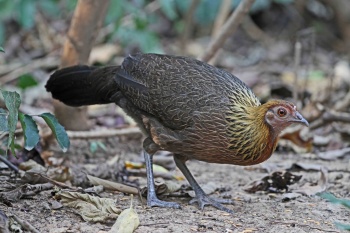 The name G. g. domesticus is sometimes applied to the domestic form, but no longer considered a valid subspecies. These birds may contain some genes from Gray Junglefowl

They are Omnivorous and will eat whatever they happen upon.

Females lay an egg every day until reaching a clutch of 12 to 24 eggs which she incubates for 20 to 21 days. Nest is usually on the ground.

Male advertising call, mainly given at dusk or dawn close to roost, is similar to but shriller and more attenuated than the typical cock-a-doodle-doo call of domestic birds.

Search for photos of Red Junglefowl in the gallery

Search for videos of Red Junglefowl on BirdForum TV