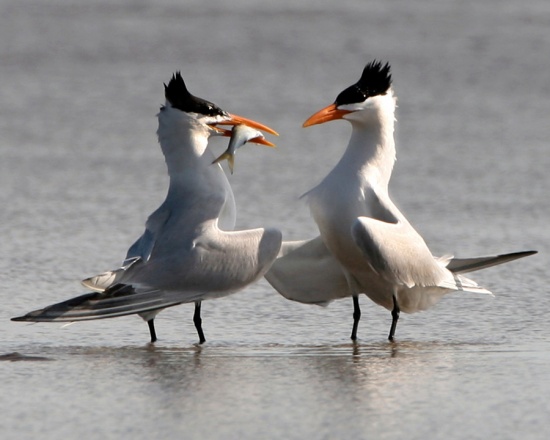 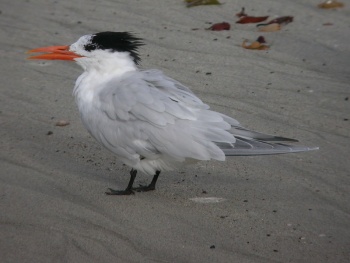 Warm temperate to tropical coasts of North America, Central America, South America, and the West Indies.
Resident or short-distance migrant: on the Atlantic side reaches south to the Guianas, Brazil and south-central Argentina; on the Pacific coast from southern California south to Peru
Is also dispersive, particularly northward in late summer on the Atlantic coast of North America, north to Nova Scotia, rarely even Newfoundland.

Like other Thalasseus terns, the Royal Tern was formerly often placed in the genus Sterna.

They nest in a ground scrape and lays 1-2 eggs.

They feed by plunge-diving for fish.

Search for photos of Royal Tern in the gallery