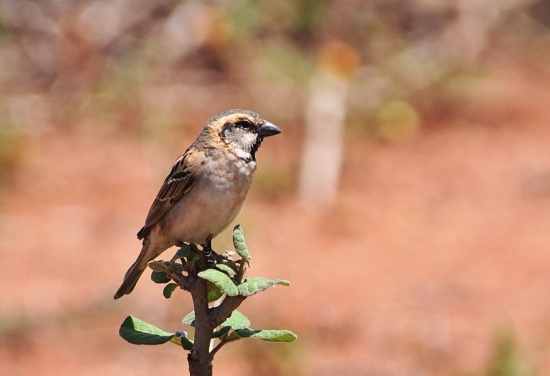 Juveniles are similar to females but they look paler and washed-out.

This is a monotypic species.
It has been considered conspecific with Kenya Sparrow and Kordofan Sparrow in the past.

Open grassy savanna with trees, also in adjacent semi-deserts and light woodland. Does not penetrate into villages and associate with humans. Occurs from 1000 - 1700m.

Breeds from September to November and March to June in loose colonies. The nest is a dome with a side entrance made of grasses and placed in a tree. Takes sometimes abandonend nests of weavers. Lays 3 - 6 eggs.

Search for photos of Shelley's Sparrow in the gallery