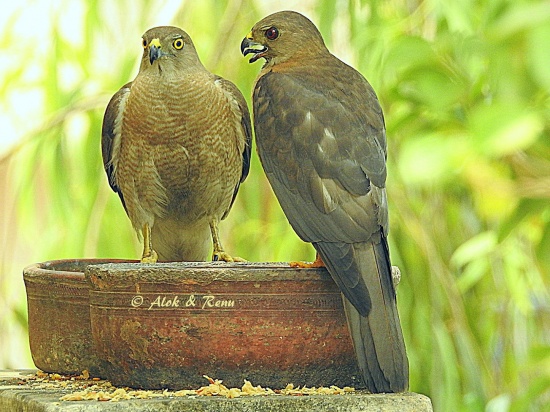 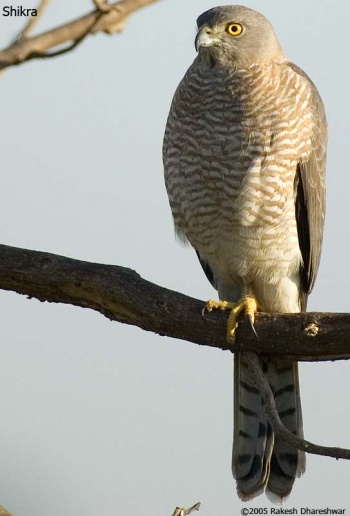 In Africa breeds from Senegal, Gambia and southern Mauritania east to Ethiopia and western Somalia and south to South Africa. Absent from the closed forests of Central Africa and the most arid areas of the south-west. Resident.

Status in the Western Palearctic is difficult to determine but known to have bred once in southern Azerbaijan in 1933 but not confirmed since. May be present regularly in south-east Transcaucasia and has been recorded as a vagrant in Israel and a bird thought to be a hybrid Shikra x Levant Sparrowhawk has also been recorded there. 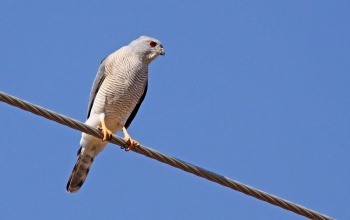 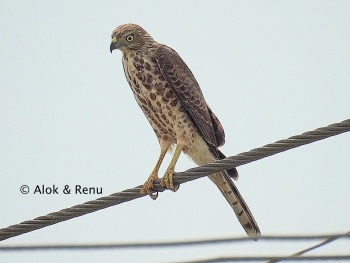 The normal flight of this species is a characteristic "flap –flap– glide". 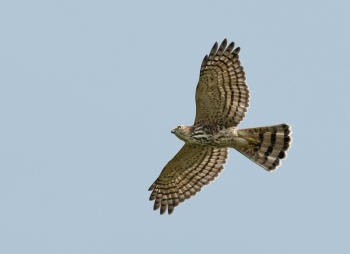 Search for photos of Shikra in the gallery