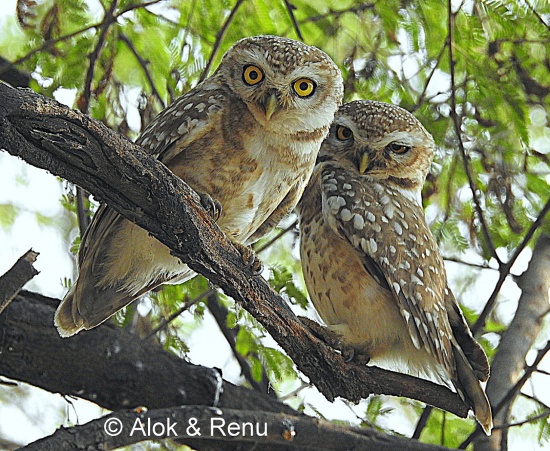 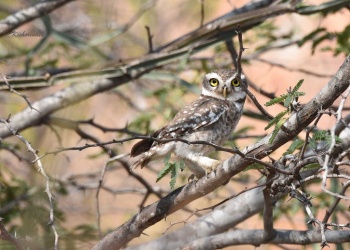 Forest Owlet with more white in tail, and Little Owl with longitudinal streaks on both underside and crown; both are larger than Spotted Owlet. 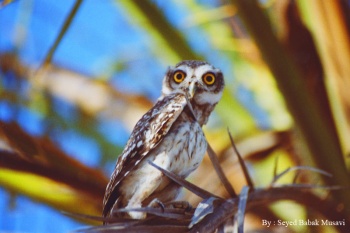 This small owl is often heard during the day and can sometimes be seen hunting early in the morning and later in the afternoon. 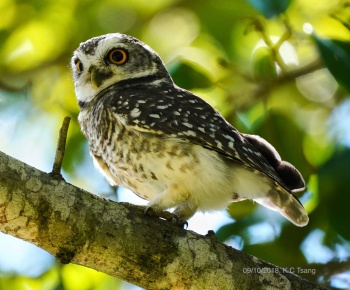 They nest in a tree hole or building. Their clutch contains 3-5 eggs.

Their main diet consists of small insects and vertebrates, also small mammals such as mice, geckos, shrews and roosting birds. 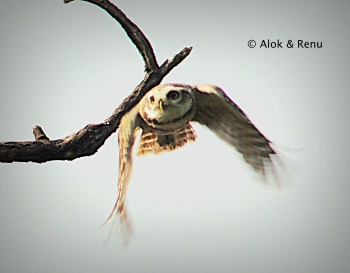 Search for photos of Spotted Owlet in the BirdForum Gallery

Search for videos of Spotted Owlet on BirdForum TV