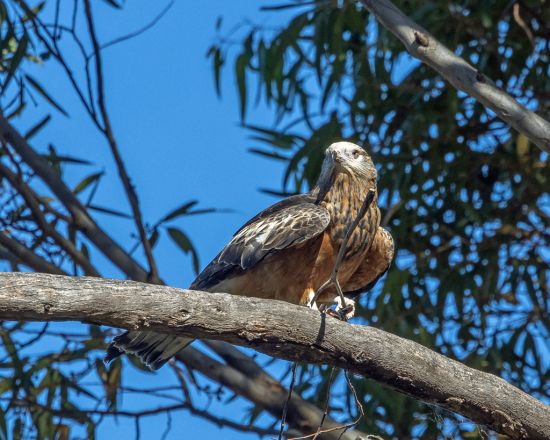 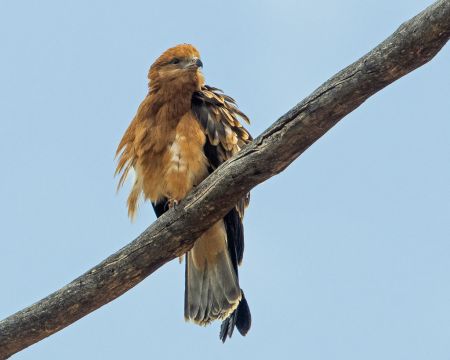 Obvious on the sitting bird is the very long wings going well past the tail; long wings are also visible, if less obvious, in the flying bird.

Little Eagle has tricolored underside of arm while Whistling Kite has only two colors when going front to back. Little Eagle also has shorter tail and wings.

Australia: widely distributed but generally rare with records from all mainland states. Possibly most numerous in Western Australia but nomadic and could be seen virtually throughout the country. Rarest in the south-east. 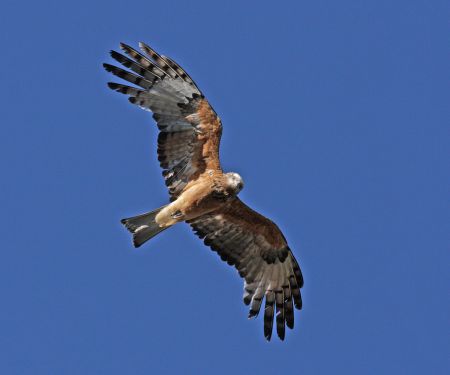 Search for photos of Square-tailed Kite in the gallery